Photo: Štěpánka Budková The Czech National Bank has decided to continue intervening against the Czech crown to keep the exchange rate at around 27 crowns per euro, the bank’s spokesman Marek Zeman said after a meeting of the bank board on Thursday. The bank will also leave interest rates unchanged at all-time lows. The bank board repeated in August that it is likely to end the interventions against the Czech crown in the second half of 2017. The Czech National Bank launched currency interventions in November 2013 to head off the danger of deflation and weakened economic growth.

The Czech anti-monopoly office on Thursday approved the acquisition of the oldest Czech travel agent Čedok by Polish tour operator Itaka. The former owner of Čedok, US-based Odien Group, is stepping out of the tour operator market altogether to focus on hotels and resorts. According to server e15.cz, the new owner paid over half a billion crowns for the acquisition. With turnover reaching around 2.0 billion last year, Čedok is estimated to rate as the country’s fourth biggest tour operator. 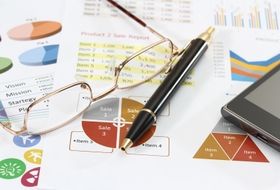 Illustrative photo: Pong, FreeDigitalPhotos.net The Czech Republic neither improved nor worsened in the Global Competitiveness Report 2016-2017, remaining 31st out of 140 countries ranked. In the report released by the World Economic Forum, Switzerland came first for the eighth time in a row. The study, which uses 70 per cent survey data and 30 per cent hard data, takes into consideration 12 pillars of competitiveness to determine the country’s ranking. Areas studied include health care, infrastructure, education and the labour market.

SkyToll has filed a complaint with the the Czech competition watchdog, the Office for the Protection of Economic Competition, over the Transport Ministry’s decision to prolong the motorway toll collection contract with the Austrian company Kapsch without holding a competitive tender. Although the contract with Kapsch was deemed disadvantageous, the ministry failed to prepare the ground to end the country’s dependency on the firm and, earlier this year, extended the contract for fear that a fall-out in the tolling system would mean the country would be overrun by trucks. The decision came under fire both from coalition and opposition deputies who warned that the government was laying itself open to arbitration procedures from rival companies.

Production of L-410 planes to remain in Moravia

Photo: Czech Television The production of L-410 airplanes manufactured by the Russian-owned company Aircraft Industries will remain in Kunovice, South Moravia, representatives of the Russian company confirmed in talks with Czech Trade and Industry Minister Jan Mádek on Monday. The company’s employees had been holding a strike alert over fears that production would be reduced or moved to Russia. The situation in the company had been deteriorating, with sales of the LET aircraft in one of the main markets, Russia, dropping sharply. Many of the company's 900 employees have been forced to take leave with reduced wages. According to the company’s management the firm has acquired new orders from China and full operation should be renewed by November.