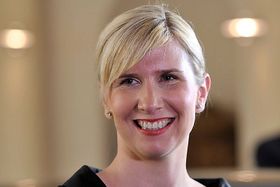 Kateřina Valachová, photo: Filip Jandourek Education minister Kateřina Valachová has backed a demand by teaching unions for a hike in wages of 10 percent. Valachová said the increase was large but legitimate given the level of teachers’ pay and the difficulty in finding qualified and motivated staff. The minister said she would begin talks with the minister of finance, Andrej Babiš, about inserting the raise in the budget for 2017 and 2018. The cost of a 10 percent rise would be around 13 billion crowns a year. Average teachers’ wages are currently around 26,000 crowns a month, some of the lowest for university graduates across all professions in the country.

The total worth of mortgage loans offered last year came to a record 184 billion crowns, according to figures released by the Ministry for Regional Development. The number of clients taking out loans jumped to around 102,000. The main factor in the booming market was the low average interest rates on mortgages of around 2.14 percent. The mortgage loans total in 2014 came to around 143 billion crowns. 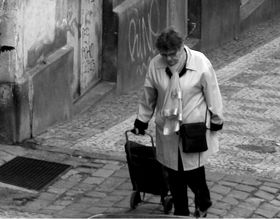 Photo: archive of Radio Prague Around 15 percent of Czech elderly people are faced with poverty, a survey commissioned by the Czech Statistical Office has reported. It found those living on their own in old age, mostly women, are particularly vulnerable to hardship with around 75,000 elderly people falling into the poverty trap. Poverty is defined as having less than 60 percent of the average monthly income.

Brno regional court has declared the Jihlava-based diesel engine and auto parts producer Motorpal unable to meet its debts. The company is a player on world markets and employs around 1,300 in Jihlava and more at other plants in the Czech Republic. It is a world player on the market for fuel injection systems for diesel engines. A restructuring plan, which was reported to have the backing of most of the banks and companies owed money, was not accepted by the court. Motorpal is reported to owe around 800 million crowns. It’s annual turnover in 2014 was around 1.3 billion crowns. 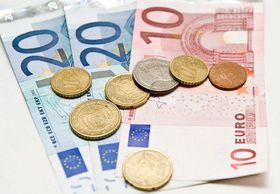