Economic growth in 2015 seen at just under 4.0 percent 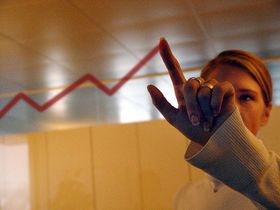 Photo: FreeImages The Ministry of Finance has dramatically upped its forecast for economic growth this year. The latest prediction out this week sees Gross Domestic Product climbing by 3.9 percent. As recently as April the forecast was for only 2.7 percent. But the ministry sees 2016 growth at a more modest 2.5 percent The main reason for the revision for this year was the higher than expected 4.0 percent growth performance in the first quarter.

The Czech Republic’s biggest oil and petrochemical holding, Unipetrol, is the subject of a 30 billion crown bid from a consortium made up of Czech businessman Daniel Křetínský, the J&T Group, and PPF investment group. Business daily Hospodářské Noviny revealed the bid citing several independent sources. The Czech holding is currently majority owned by Poland’s PKN which is reported to be mulling the bid. J&T has long been the second biggest shareholder in the group which numbers among its assets the biggest network of Czech petrol stations, Benzina, and dominant refiner, Česká Rafinérská. 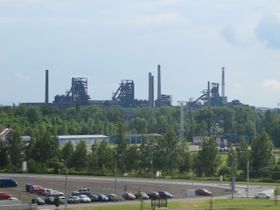 Vítkovice, photo: Martina Schneibergová The main shareholder in the Czech Republic’s biggest engineering group, Vítkovice, Jan Světlík, is facing a bill for almost 1.7 billion crowns in the latest instalment of an almost 13 year battle over ownership of the company. The payment has been ordered in a ruling by the Chamber of Commerce. It found in favour of former Vítkovice shareholder David Beran who appealed an earlier ruling that had offered him a paltry 75 million crowns for his former 45 percent stake in the engineering giant. The case is far from closed with Světlík calling for the police to intervene in what he describes as a manipulated decision.

The biggest Czech mineral water company, Karlovarské Minerální Vody, is strengthing its grip on the domestic market with the purchase of rival Hanácká Kyselka. KMV previously had a 30 percent stake in the firm. The owner of the 70 percent stake, investment group D.K. Invest, says it is selling up in the face of shrinking sales over the last two years. The Karlovy Vary based mineral water company says it will invest in the brand and seek new markets. 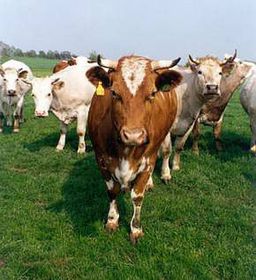 Photo: Radio Prague Meat on the hoof rather than in large warehouses is an idea that has been floated by the state authority for emergency reserves. The authority has suggested that it earmark live cattle and other animals for emergency stores from 2017 rather than having the dead meat in warehouses. Savings on warehouse costs could be considerable. But the idea has met with some opposition from the Ministry of Agriculture. It warns that the live animals could be wiped off the potential reserves if, for example, there was an outbreak of a major disease.

The lower house of parliament has approved a new legislation amendment, which would make it easier for district authorities to remove…