In Business News this week: Czech E-commerce sales rise by 20 percent in second quarter of 2015; Hainan Airlines to launch services from Beijing to Prague; storms result in over 100,000 cubic metres of timber; most Czech 12-year-olds own mobile phone; Czechs have up to 400,000 private pools. Photo: European Commission Czech E-commerce sales rose by 20 percent in the second quarter of the year compared with the same period in 2014 according to a survey by the consultancy Acomware. The same pace of growth is expected for the next three months. For the first time purchases over mobile phones surpassed those on tablets. Top e-commerce purchases are electronic and children’s items and household goods.

Hainan Airlines to launch services from Beijing to Prague 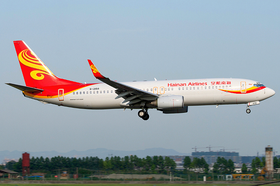 Photo: Mjordan 6, CC BY-SA 3.0 Hainan Airlines, the first Chinese carrier to launch direct flights to Prague, has filled in details of its plan to launch services from Beijing. Three flights a week from the Chinese capital will start on September 23 with return tickets priced at just over 14,000 crowns. The start of direct services between Prague and Beijing has been billed as a great opportunity for the Czech Republic to boost trade with China and re-balance some of the enormous trade deficit with the country. Illustrative photo: Barbora Kmentová Trees amounting to around 100,000 cubic metres of timber were felled in recent storms around the country, mainly in the Olomouc and Pardubice regions, the state forestry company announced on Thursday. That amounts to about one percent of the planned annual timber production, which is expected to reach 7.67 million cubic metres this year. The total extent of the devastation is still being assessed. Authorities in the regions hardest hit by storms have warned visitors not to walk in the forests due to the danger of falling trees. The worst damage was recorded in 2007 when hurricane Kyril caused over five million cubic metres of wood to come to the market.

Most Czech 12-year-olds own mobile phone 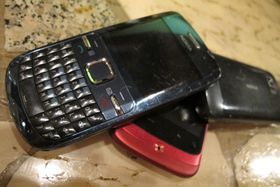 Photo: Kristýna Maková Some 90 percent of Czech children own a mobile phone by the age of 12, according to a study carried out by NMS market research. Most Czech kids get their first mobile phone between the age of eight and 10 and nearly two fifths have had five or more telephones by the age of 19. The majority of children, 39 percent, spend on average 60 minutes a day on the phone, while 18 percent use it for more than 180 minutes. Children mostly use their phones for sending text messages and for calling, as well as for listening to music and taking pictures. Some 74 percent of Czech children admitted to using their phone during classes. 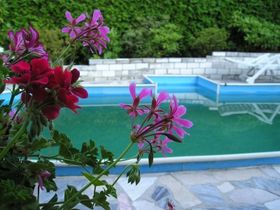 Photo: Barbora Kmentová Every third house in the Czech Republic has a private swimming pool in its back-yard, a study carried out by the Czech gardening and outdoor equipment chain Mountfield suggests. The survey points out there are between 360,000 to 400,000 privately owned swimming pools in the Czech Republic and the same number of inflatable pools. According to swimming pool provider Abixon, Czechs prefer swimming pools sized three to six and four to eight metres. Czechs belong among Europe’s leaders in terms of private pools per head. According to figures from the European Union Swimming Pool and Spa Association from 2012, Czechs are placed third in EU in terms of the number of private swimming pools per head, trailing only Italy and Spain.