Photo: Škoda Auto New car sales rose in the Czech Republic by 24 percent in the Q1, with more than 53,000 vehicles sold. Almost 76 percent were bought by companies, the Car Importers Association said. Škoda Auto topped the field with almost 32 percent of sales. The firm was followed by Volkswagen, Hyundai, Ford and Dacia.

The Czech economy grew by 1.4 percent year on year in the fourth quarter of last year, the Czech Statistics Office announced this week, a worsening of 0.1 percentage point against the earlier estimate from the end of February. The office confirmed last year’s 2 percent GDP growth, while a 0.4 percent quarter-on-quarter GDP expansion in the last quarter of 2014 also remained unchanged. The updated figures on the development of the Czech economy for the fourth quarter last year are positive for 2015, analysts told the Czech News Agency. GDP growth of around 2.5 percent is expected this year. 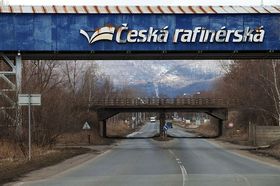 Photo: Tomáš Adamec Petrochemical group Unipetrol can gain full control over the Česká rafinérská refinery group as the antitrust office this week greenlighted the acquisition for the second time. The bureau turned down a protest filed by one of participants in the approval procedure. The decision is final. The transaction is expected to go through during the second quarter. Unipetrol CEO Marek Switajewski announced on the company’s website the company had opted to purchase the stake in Česká rafinérská to ensure raw material inputs for petrochemical production. 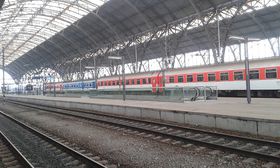 Photo: Olga Vasinkevich The state-owned Railway Infrastructure Administration is planning on renovating 200 of the largest railway stations in the Czech Republic at a cost of roughly 8.2 billion crowns. The stations should be reconstructed within the next three years, deputy head Tomáš Drmola said on Friday. According to the official, stations undergoing improvements should be comparable to railway stations in western Europe once complete. For the renovation to go ahead, the transfer of the properties from Czech Railways must be completed, which has proved to be a problem in the past. 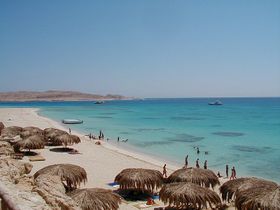 Photo: Public Domain Czech holidaymakers are buying fewer package vacations abroad, the Czech Statistics Office revealed this week. According to the bureau’s numbers, the number of foreign trips fell by three percent while longer vacations by families opting to stay in the Czech Republic grew by eight percent. The weaker crown was cited by the Association of Travel Agencies as one reason for the drop in demand. According to the Statistics Office, Hungary and Egypt were popular destinations abroad last year, while fewer vacationers opted for Turkey and France. Croatia remains one of the top summer destinations.