Ministry: TTIP deal will boost trade between Czech Republic and US Photo: fishtik / freeimages The planned Transatlantic Trade and Investment Partnership deal between the US and the EU will boost trade between the Czech Republic and the United States, according to the Czech deputy minister of industry and trade. The agreement will especially benefit the car making, pharmaceutical, chemical and medical equipment industries, and could boost the country’s gross domestic product by between 0.2 and 2.6 percent. However, critics of the trade deal argue it will give too much power to multinational corporations. The deal could be finalized by the end of the year.

Czech Republic moves up in Ease of Doing Business survey 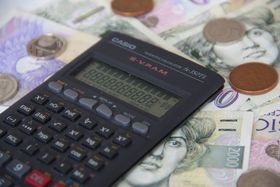 Photo: Barbora Kmentová The Czech Republic has moved up in the World Bank’s ease of doing business survey. The country was ranked 44th in the world in the survey’s latest edition, released this week, up three notches from last year’s ranking. The Czech Republic has improved in three of the ten categories included in the study; it has simplified procedures of starting a business, eased access to credit, and improved the enforcing of contracts. However, another eight post-communist countries including Poland, Slovakia and Bulgaria outranked the Czech Republic in the survey. Visualisation: Khazarislands.com The Czech firm PSJ has signed a contract worth 395 million euros to participate in the construction of artificial islands off the Azerbaijani coast in the Caspian Sea, the daily Hospodářské noviny reported. The Czech company will build one of the 41 planned islands which should house four objects, the head of the firm’s export department told the newspaper. Work should get underway in the spring. The ambitious project, known as Khazar Islands, should feature the world’s tallest tower and a Formula One racetrack; it should be completed between 2020 and 2050 at a cost estimated at around 100 billion US dollars. 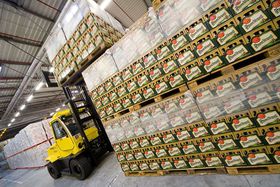 Photo: Plzeňský Prazdroj The biggest Czech beer producer, Plzeňský Prazdroj, has announced it will cut some 70 jobs over the next year and half, the daily Lidové noviny reported. The company said the move was motivated by the need to make production more effective. The layoffs, which are the biggest in the brewing industry in years, will affect workers in Prazdroj plants in both the Czech Republic and Slovakia, including its home brewery in Plzeň. Plzeňský Prazdroj, part of the world’s second largest beer producer SAB Miller, has seen its production slump from 8.1 million hectolitres in 2006 to 6.8 million in 2012. 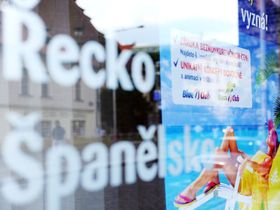 Photo: Filip Jandourek Nearly one third of Czech travel agencies do not comply with obligations towards their clients, according to findings by the Czech Trade Inspection Authority. Inspectors reviewed 74 travel agencies to find that 25 of them did not respect the rules; most frequently, they failed to inform their clients about their rights. Some travel agents also arbitrarily extended the period for dealing with complaints from 30 to 90 days, and did not provide accurate information about their tours and services, the head of the agency said. The travel agencies were fined a total of 300,000 crowns.