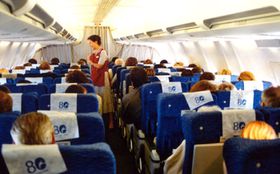 Photo: Archives de Radio Prague Český aeroholding, a group of companies operating in air transportation and related services, has announced operating profits of 1.8 billion crowns for last year. The numbers are the first the group has published since it was formed in 2011 in an attempt to save Czech Airlines. Detailed results will be released at the end of the year but as of now Letiště Praha (Prague Airport), a subsidiary of Český aeroholding, turned the largest part of the profit at roughly one billion crowns; related firms such as the maintenance company B. Aircraft also finished in the black. Czech news site iDnes reports that ČSA last year saw a fall in revenues that left the carrier only just ahead of the private carrier Travel Service. 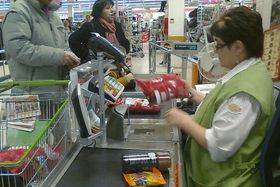 Photo: Eva Odstrčilová, ČRo The Senate this week passed a bill put forward by the Social Democrats which will require stores to remain closed on state holidays. The days in question are May 8 (marking the end of WWII), September 28 (the Day of Czech Statehood), October 28 (the founding of Czechoslovakia), and December 25 and 26. Sellers would also face restrictions on Christmas Day. Under the bill, stores less than 200 square metres in size, as well as gas stations, pharmacies, shops at hospitals or clinics, bus and train stations and airports would not be affected.

The right-of-centre Civic Democrats have slammed the bill as limiting personal freedoms and free enterprise. The bill’s author, Frantíšek Bublan, defended the proposal by saying it would bring the Czech Republic closer in line with European neighbours. One of the aims is to allow Czechs to better enjoy the holidays without commercial interference or having to work. Offenders refusing to abide by the law could face fines of up to one million crowns. The proposal will now go to the lower house. 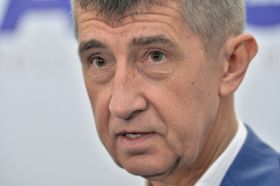 Andrej Babiš, photo: CTK One of the big stories of the week was businessman Andrej Babiš’ purchase of MAFRA, the Czech media group which publishes two of the country’s biggest dailies: Mladá fronta Dnes and Lidové noviny. The billionaire bought the publisher from Rheinisch-Bergische Verlagsgesellschaft; the German company confirmed the sale on Wednesday. The terms of the deal were not disclosed but the businessman said that he will not have a position in any decision-making bodies and assured employees that he would not introduce any changes which would lead to layoffs. 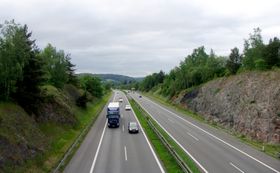 D1 highway, photo: Miloš Turek The completion of a final section of the country’s longest highway, the D1, will be delayed after the anti-monopoly office unexpectedly suspended a public tender on the project. The bureau is checking to see if deadlines set in the roughly 6.6 billion crown contract are in order. The Road and Motorway Directorate says the move will slow down the construction process. The final section of the D1 runs from Přerov to Lipník nad Bečvou. 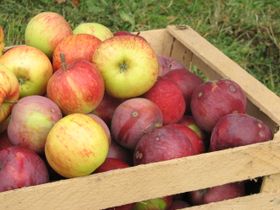 Photo: Štěpánka budková The country’s fruit growers expect this year’s overall yield to be 25 percent higher than in 2012, especially in apples, pears, and apricots. The news was released by the Union of Fruit Growers. There will be an overall smaller yield in cherries, however, due to higher than average rainfall in the month of May. In all, the fruit crop will weigh in at 174,308 tonnes. Compared to the five-year average, this year’s fruit crops will be higher by 21 percent. Fruit growers point out the five year numbers were affected by low yields in 2010 and 2012, which saw heavy rain or spring frosts. 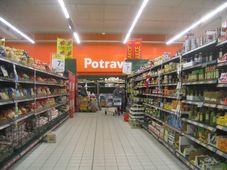