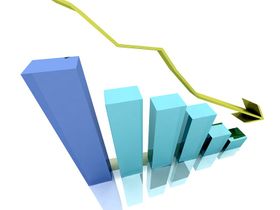 Photo: Svilen Milev, stock.xchng The Czech Republic’s ongoing economic recession has equalled in duration the previous longest recession on record, in 1997. Preliminary figures released this week showed that gross domestic product shrank by 0.2 percent between the third and fourth quarters of 2012, making it four quarters of decline on the trot. The causes of the protracted downturn are Eurozone stagnation and falling domestic demand, with spending impacted by government austerity measures. What’s more, analysts say the economy is unlikely to pick up before the second quarter of this year at the earliest. 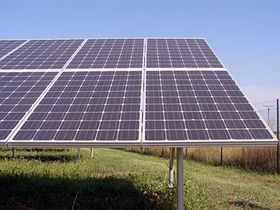 Photo: Archive of Radio Prague The Czech minister of industry and trade, Martin Kuba, said this week that the government would as soon as possible look into an audit at the Energy Regulatory Office that found officials there may have acted illegally in setting excessively high purchase prices for solar electricity. The head of the regulatory body has said the matter may have cost the state tens of billions of crowns. 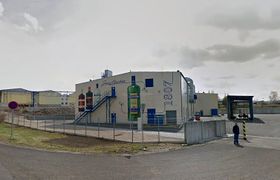 Photo: Google Maps A three-week ban on the sale of spirits imposed in September following a wave of deaths caused by poisonous bootleg booze cost the Czech beverages industry dear. One of the best-known local brands, Becherovka, said this week that its sales had been down by 12 percent year-on-year in the second half of 2012, leading it to suffer losses of a whopping CZK 100 million. The makers of the herbal bitter said sales in key export markets such as Germany, Russia and in particular Slovakia had also been hit very hard. 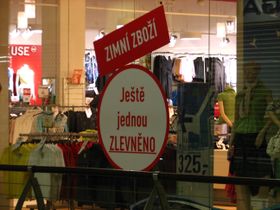 Photo: Archive of Radio Prague Discount outlets in the Czech Republic are starting to lose market share, as almost half of Czech consumers already shop in large hypermarkets, retail specialists Incoma GfK said this week. A spokesperson for the agency said that in a time of crisis Czechs prefer to buy discounted branded goods from hypermarkets rather than cheap products at discount retailers. In addition, the promotional leaflets announcing price deals that clog up many people’s mailboxes seem to work, with 37 percent of consumers last year saying they made shopping choices on the basis of such ads.

Art collectors have spent in the region of CZK 5.4 billion at auctions in the Czech Republic in the last decade, the publication Art+ said this week. More than 750 artworks have sold for over CZK 1 million since 2003. The Czech artists that generate the biggest sums when their work goes under the hammer include Emil Filla, František Kupka, Jindřich Štyrský and Toyen. 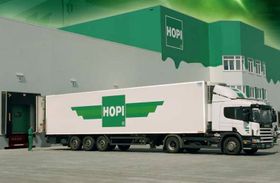 Photo: Hopi The Czech Entrepreneur of the Year Award 2012 was presented this week to František Piškanin, owner of the logistics and transport company HOPI. Piškanin started out in business with a small supermarket in Karlovy Vary in 1992. Today his firm is one of the biggest players in the logistics field in Central and Eastern Europe, employing over 3,000 people in the Czech Republic, Slovakia, Hungary, Poland and Romania. His Czech award means he will be considered for the World Entrepreneur of the Year Award in Monte Carlo, which is also organised by auditors Ernst & Young.

As the number of COVID-19 infections continues to rise in Europe, the Czech government is increasing precautions. At a press briefing… Tinned mouse, anyone? Czechs spending more on their pets

Czechs are spending increasing sums of money on their pets, the Hospodářské noviny daily reported on Tuesday. While pet owners invest mainly…