In Business News this week: the Czech cabinet approves a draft budget for next year; CEZ has problems in Albania – and a bid for a power plant at home; the Czech Republic buys into the Transalpine Pipeline, with a view to reducing reliance on Russian oil; e-tailers in the Czech Republic are to join forces next Tuesday for a day of sales with free delivery; and the “Absurdity of the Year” is announced.

Photo: archive of ČRo 7 - Radio Prague The Czech cabinet this week approved a draft budget for next year with a deficit of CZK 100 billion, or just over USD 5 billion. The deficit should equal 2.9% of gross domestic product, down from the figure of just above 3% projected for this year. The budget will go before the Chamber of Deputies in its first reading next Wednesday.

CEZ at odds with Albanians 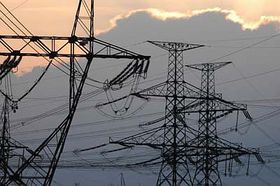 Photo: archive of ČRo 7 - Radio Prague CEZ has been having difficulties in Albania, where it was forced by a court to resume electricity supplies to the country’s state-owned water facilities last weekend. The Czech energy giant had cut the power as the water facilities owed it EUR 38 million, a spokesperson said. CEZ this week applied for EUR 60 million in compensation under a World Bank guarantee as its investment in Albania’s power distributor – with which it has been in dispute for some time – appeared to be heading towards an end. 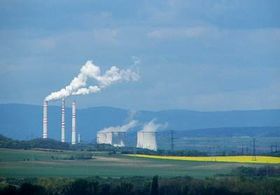 Počerady power plant, photo: archive of ČRo 7 - Radio Prague In other CEZ-related news, the company this week received a bid of CZK 16.5 billion from Czech Coal for its Počerady coal-fired power plant in north Bohemia. The amount paid would depend on whether carbon credits are included in the sale said a spokesperson for Czech Coal, which supplies brown coal to CEZ and is seeking to expand into electricity production. CEZ has until the end of the year to reach a decision. 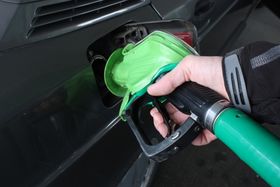 Photo: European Commission E-tailers in the Czech Republic will join forces next Tuesday for a day of sales with free delivery. The news website aktualne.cz reported this week that over 400 Czech online stores will take part in the promotion, which is intended to boost sales in the pre-Christmas period and follows a model adopted in the United States. Czechs spend an average of CZK 300 million a day on online purchases in the run-up to the holiday season. 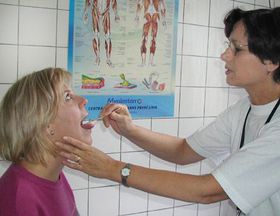 Photo: archive of ČRo 7 - Radio Prague A regulation under which casual workers are forced to undergo a medical test even if they will only hold a job for a single day has been voted the “Absurdity of the Year” in an annual poll conducted by Czech Republic’s main business daily Hospodářské noviny. If companies hire the same person for casual work at a later date they are required to again acquire a doctor’s cert. Failure to comply with the rule can lead to a fine of CZK 2 million.