In Business News this week: Czech government approves austerity measures but might run into problems securing EU funds; PM Nečas speaks of the consequences a Greek exit from the eurozone would have on the Czech Republic; the biggest Czech betting firm Tipsport buys its competitor; Czechs smoke less and most of them want a ban on smoking in public spaces; Czechs lie in their CVs more than other nations. The Czech government this week approved a series of austerity measures for the years 2013 and 2014 to keep the deficit of the state budget below 3 percent of the GDP. The government plans to raise the two VAT rates by one percentage point to 15 and 20 percent, respectively; it also aims to slow down the growth of pensions which will only increase by a third of the inflation rate and a third of salaries’ growth. The cabinet wants to introduce a 7 percent tax on salaries higher than 100,000 crowns, and to cancel a ceiling on health insurance payments. In 2014, the income tax should also increase from 19 to 20 percent. Photo: European Commission The Czech Republic faces serious challenges securing EU funding, the news website aktualne.cz reported on Friday quoting a review by the European Court of Auditors. The EU body reportedly found a significant risk that the Czech Finance Ministry systematically downplays problems with EU programmes: for example, the auditors discovered that 41 percent of funds allocated to traffic infrastructure were used in breach of EU legislation in 2011 whereas the Czech Finance Ministry’s report says only 1.8 percent of the funds were used problematically. If confirmed, this could have serious consequences on EU funding for the Czech Republic. Prime Minister Petr Nečas said should all payments from the EU be put on hold, the country’s budget deficit would jump to 6 percent of the GDP.

PM Nečas: government getting ready for Greece’s exit from the Eurozone 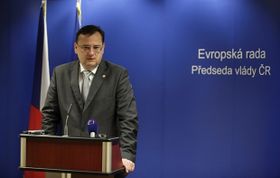 Petr Nečas, photo: CTK Speaking at an EU summit on Brussels on Wednesday, Prime Minister Petr Nečas said the Czech government was working together with the Czech central bank to prepare for a possible Greek exit from the euro zone. Mr Nečas refused to specify the scenario but said that if Greece leaves the euro area, the shockwave would certainly hit the Czech Republic and could lead to a decrease of credit for the business sector or even a freeze on the interbank lending market. The Czech prime minister also said that the Greek exit is plausible, and in his personal opinion the only a possibility. However, as a non-member of the euro zone, the Czech government should not offer its opinion on the matter, Mr Nečas added.

The largest Czech betting firm Tisport has acquired the third biggest player on the market, Chance, the Forbes magazine reported this week. Financial details of the transaction were not revealed. The two companies’ combined share of the fixed-odds betting market will exceed 50 percent. The second biggest firm, Fortuna, has around one third of the market. The deal is yet to be approved by the country’s anti-monopoly authority. 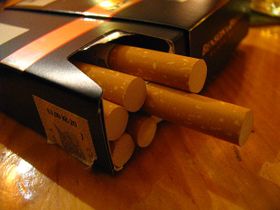 The number of cigarettes sold in the Czech Republic decreased by 2.9 percent in the first quarter of this year to some 4.6 billion cigarettes, according to estimates by the country’s leading producer Philip Morris. However, the firm’s receipts rose by 16 percent to 2.9 billion crowns due to higher prices and higher exports. Philip Morris also increased its market share by 2.3 percent to just over 51 percent. A further decrease in cigarette consumption might come with a smoking ban in public spaces which Czech legislators have so far resisted. But a new poll by Charles University and the Ipsos Tambor agency shows that 78 percent of Czechs are now in favour of the ban, compared to some 35 percent five years ago. The daily Hospodářské noviny reported the Czech Health Ministry was working on new legislation that should introduce the ban after several failed attempts.

Study: Czechs lie in CVs more than other nations

Up to 70 percent of Czech managers don’t trust what job applicants say about themselves in their CVs, according to a survey by the firm Heliview Research, the weekly Ekonom reported this week. The study focused on 11 countries including the Czech Republic which topped the list, followed by Austria. The study found that Czechs most frequently lie about their work experience and increasingly about their hobbies where they often adjust reality to the expected taste of those who will decide whether or not they will be hired.