The Czech economy has come out of recession according to surprise figures from the national statistics office. It put growth in the last quarter of 2009 at 0.7 percent compared with the previous three months, instead of a previous forecast of a 0.6 percent fall. Expectations of a negative figure had strengthened fears that the country would slip back into recession. The positive news for the fourth quarter was largely thanks to a last minute discovery at the Ministry of Finance of an extra 7.0 billion crowns in sales tax revenues. Even so, the Czech economy still shrunk last year by 4.1 percent – slightly better than the previously predicted 4.3 percent.

The Czech Republic confirmed its place as the fifth biggest vehicle producer in the European Union in 2009 based on figures from manufacturers. Along with Slovenia, the country was the only one where production actually increased during difficult conditions last year. The 3.0 percent increase took total output to almost 975,000 units. If 2009 trends continue, the Czech Republic could soon replace Britain as the fourth biggest EU producer. British production fell by almost a third to stand at just over a million vehicles in 2009. 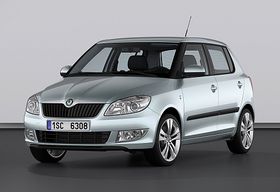 Škoda Fabia A lot of that vehicle production success comes down to one company, Volkswagen-owned Škoda Auto. But the German owners are not so happy about the Czech success story according to German media reports. Many of the Czech models from the down market Fabia to the top of the range Superb are near relatives and rivals of German-made cars such as the Volkswagen Polo and Passat. And more and more car buyers are opting for the cheaper Czech models than the more expensive Volkswagen ones. German magazine the Spiegel says German bosses now want greater coordination over new models so that such in house competition can be stemmed.

Direct foreign investment in the Czech Republic probably dropped by around 20 percent last year compared with 2008, according to a survey this week by international consultants PriceWaterhouseCoopers. That is a lot better than the trend for the Central European region where inward investment is reckoned to have halved as a result of the economic crisis. One of the biggest declines across the region has been in real estate investment. In the Czech Republic, investments in car components ventures dropped by two-thirds. Experts warn many investment decisions are still frozen with the chance of only a mild upturn in direct foreign investment this year. 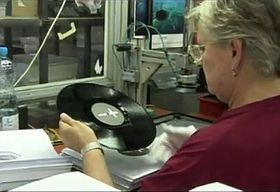 GZ Media Czech company GZ Media – known for its production of old style vinyl records as well as CDs and DVDs – is to expand in Scotland. The company has agreed to buy Thomson Litho, Scotland’s biggest independent printer and only manufacturer there of CDs and DVDs, for an undisclosed sum. The rare Czech acquisition appears to be something of a lifeline for the Scottish company which has been suffering from a sharp drop in turnover. Links have already been long established between the Czech plant based at Loděnice outside Prague and the Glasgow company which employs 300.