The Czech economy will enjoy mild growth of around 0.3 percent next year according to the latest Ministry of Finance forecast. If that looks a bit thin, it is better than previous expectations. The ministry had been expecting the economy to contract because of its measures to curb the budget deficit next year. Now it says that other factors such as the state of the global economy and indications of price rises and the jobs market means that it does not have to be so gloomy. For this year, however, the ministry says the economy will shrink by 5.0 percent instead of the previously predicted 4.3 percent. 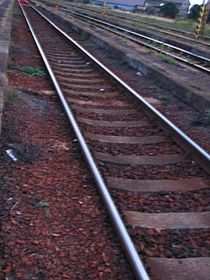 While there might be light at the end of the economic tunnel, a project for what would be the longest rail tunnel in Central Europe is looking increasingly gloomy. The project for a 25 kilometre tunnel between Prague and the town of Beroun is part of plans for a high speed rail link between the Czech capital and Nuremburg in Germany. But the 33 billion crown price tag, around 1.85 billion US dollars, is now looking just too expensive given fragile state and European finances. The state company running the railroads says that crucial European funds for the tunnel now look very doubtful.

Two bitter rivals on the Czech energy market appear to be on the verge of burying the hatchet according to fervent speculation in the Czech press. Mining company Czech Coal and electricity giant ČEZ have been attacking each other for the last three years over alleged breaches of contract, sharp business practices and political smear campaigns. But this week a massive swap deal appears to be on the horizon that could make it all smiles between the two. Czech Coal admits to be working on a scenario where it could swap some of its potentially massive brown coal reserves in the north of the country for one of ČEZ’s coal-fired power plants. The good news for lawyers is that the deal still has to be signed.

Czech trams readied for US capital

Citizens of Washington DC could be stepping onto Czech trams next year. Czech tram producer, the Inekon Group, is getting ready to ship three trams to Washington DC within the next two weeks. They should be put into service in 2010 on the US capital’s small but developing tram network. The Washington delivery forms part of a bigger contract of nine trams for the US but is seen as presenting a unique calling card for future orders. Photo: CTK And finally, Czech dairy farmers this week made headlines by spraying milk over fields as a protest over the prices they are being paid. The say they are getting just over 5.0 crowns a litre — around half what they need to break even. Meanwhile, milk is selling in shops and supermarkets for around three times what they farmers are getting. The south Moravian region is however thinking about helping the farmers get right to the customer and cut out the middle man. It is considering helping farmers buy coin-operated automatic milk machines which could dispense milk direct to customers at the farmer’s gate. The region says there is money in the kitty if farmers want to go into direct milk sales.