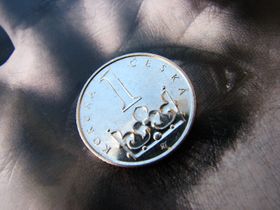 The Czech Finance Ministry and the central bank have agreed on moves aimed at fighting the fast appreciation of the Czech currency, the crown. The main measure being introduced is that any revenues from state sell-offs will be deposited in a foreign currency account at the central bank, rather than being held in crowns. The Czech currency has been repeatedly setting new records against the euro and the US dollar, gaining 8 percent in the first quarter of this year.

Meanwhile, the governor of the Czech National Bank said this week that interest rates were being kept low to avoid even greater firming of the crown. In an interview for a Hungarian magazine, Zdeněk Tůma said he was hopeful inflation could fall to 5 percent by September and could be back on track next year to reach 3 percent. Annual inflation was at its highest point in nearly a decade at the start of this year, though it has since fallen. In March it dropped to 7.1 percent from 7.5 percent the previous month.

Despite the strong crown, exports from the Czech Republic remain healthy. In February the foreign trade surplus was CZK 14.3 billion, around ten percent higher than in the same month in 2007. The surplus has been attributed to increased exports of machinery, cars and electronics. 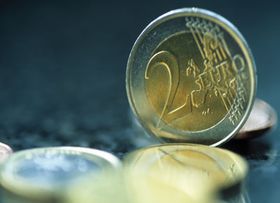 Photo: European Commission While the Czech Republic has set no target date for signing up to the common European currency, it does now at least have a plan for adoption of the euro. This and next year the national euro adoption co-ordination group will draft plans aimed at protecting consumers from unjustified price rises during a switch to the euro, and offer recommendations to small and medium-sized businesses on how to deal with the change-over.

Huge office and residential project going up in west Prague 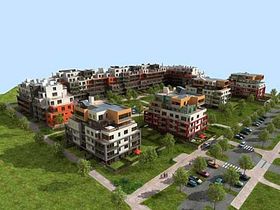 The project 'Západní město', photo: CTK Work has just begun on the first stage of what developers Finep are calling the Czech Republic’s biggest urban building project since the fall of communism. A huge residential and office project called Západní město (West Town) is going up in west Prague, with total investment set to top CZK 50 billion. The company has over a million square metres at its disposal for the project, the main square of which will be as big as Prague’s Wenceslas Square. The first part should be completed in 2012, while final construction work will end in ten to 15 years.