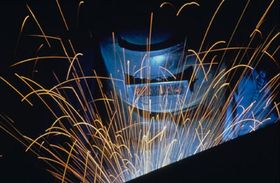 Photo: European Commission The minister of labour, Petr Necas, has announced a plan aimed at liberalising the Czech Republic's labour market in order to encourage the increased hiring of foreign workers. A new green card scheme set to be introduced next year will mainly benefit workers from eastern Europe and Vietnam. With unemployment in this country now at 6.3 percent, employers in many sectors say they are finding it difficult to recruit workers.

Minister Necas also made the news this week for advocating incentives that would encourage companies to create more part time jobs for the parents of young children. In concrete terms, Mr Necas wants to reduce health and social insurance payments for such firms; he said he envisaged similar advantages for companies employing over 55s and the disabled. Part-time jobs are considerably less common in the Czech Republic than in western countries.

Both Prague and the Czech Republic's second city Brno are getting new budget air routes. From the autumn, Ryanair will operate flights between the Moravian capital and Barcelona, while SkyEurope has a new route between Prague and Luton near London. Meanwhile, KD Avia Airlines will this Sunday begin flying from Prague to the Russian territory of Kaliningrad.

Security more important than advancement for most Czech workers

Some 93 percent of Czech workers regard job security as an important aspect of employment, suggests a poll conducted by the CVVM agency and quoted in Hospodarske noviny. Having a job one enjoys placed second in the survey, with 91 percent. Eight-seven percent said a high salary was important. The chance of promotion and career development figured last among eight criteria in the poll, with 65 percent ticking that box.

The strength of the Czech crown against international currencies is having an adverse affect on sales of souvenirs to tourists visiting the Czech Republic, Lidove Noviny reported this week. Sellers of crystal and costume jewellery in particular report a marked downturn; that has been mainly blamed on a fall in the number of visitors from Japan, the paper said. Japanese tourists were for some time the highest spending visitors to the Czech Republic - that position is now occupied by Russians. Food, soft and alcoholic drinks and tobacco products are considerably cheaper in the Czech Republic than the European Union average. A Czech basket containing all three goods costs 20 to 50 percent less than the same basket in the EU on average, according to a new study by Eurostat which compared the prices of 500 products around the continent.

In what may sound like a case of coals to Newcastle, a firm in Moravia has begun exporting mozzarella cheese to Italy, Mlada fronta Dnes reported. The firm Orrero, which is owned by an Italian company, produces three tonnes of its Gran Moravia mozzarella a week. It is also the Czech Republic's only producer of parmesan.

Press: Era of 100-crown lunch special is over, as food prices rocket

Czechs on average spend more on food than anything else apart from housing, and it’s now rare – if not impossible – to find even a…