The European Commission slapped a fine of 17.5 million euros, or approximately 23 million U.S. dollars, on the largest Czech oil company. The commission ruled that Unipetrol's subsidiary Kaucuk Kralupy was part of a rubber-making cartel that included the U.S. company Dow Chemical and Britain's Shell. The fine for all five firms was the equivalent of about 687 million U.S. dollars, which is the second-largest fine ever levied against a cartel. The fine must be approved by the European Court of Justice before Unipetrol will have to pay up. If it is approved, it could complicate the the company's sale of Kaucuk Kralupy, which was supposed to be finalized by the end of this year.

Earlier this week the Czech Republic vetoed a European Union proposal that would have raised taxes on beer. The 4.5 percent hike in taxes was lower than the 31 percent put forth previously by the European Commission, and would have added less than 5 U.S. cents to the price of a half-liter glass of beer. Czech officials argued that the proposal favored wine producers as wine products would have been largely exempt from the proposed excise tax. The Czech Republic leads the world in per capita beer consumption and the nation's beer industry is growing due to increasing exports.

Czech crown muscles up against dollar and euro

On Thursday Internet phone service provider Skype announced plans to open a development center in Prague. Company executives said the number of new jobs and the amount of investment the company intends to make in the Czech Republic will be announced next week. The U.S.-based company eBay purchased Skype for 2.6 billion U.S. dollars last year; more than 100 million people use the service internationally. 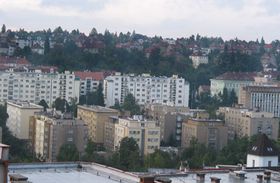 Prices of flats are on the rise in the Czech Republic. The cost of flats in Prague skyrocketed 20 to 30 percent in the past year. Prices in suburbs and cities outside the capital have grown 10 percent. Real estate experts say economic growth is fueling high housing costs, and they expect the trend to continue.

Czech hi-tech among the fastest-growing businesses

Nine Czech companies are among the 500-fastest growing hi-tech firms in Europe, Africa and the Middle East, according to research released by Deloitte. The Czech company Internet Mall was ranked 30th, with a nearly 4,000 percent increase in sales over the last five years. Internet Mall's sales surpassed 1 billion crowns, or 47 million U.S. dollars, in 2005. Other Czech companies that made the top 500 included the consulting firm Logos, software company Cesky Web and online travel agency Asiana.