A group of foreign investors led by Lehman Brothers has bought the Czech telecoms and transmissions company Radiokomunikace, which owns almost 40 percent of the Czech branch of mobile operator T-Mobile. The price, over 1.5 billion USD, is a record for the purchase of a private company in this country; it has also been described as the biggest acquisition of its kind in Central Europe. Lehman Brothers, Mid Europa Partners and Al-Bateen Investment have bought Radiokomunikace from the Altima unit of the Dutch company Bivideon.

Press: Skodaexport to be sold off

The strategically important state company Skodaexport is to be put up for sale, according to Mlada fronta Dnes. Skodaexport has in the past built power plants in China and Turkey and is preparing to build others in India and Pakistan.

Skoda Auto, meanwhile, has produced its 500,000th car this year - the first time the half-million barrier has been broken in the firm's 100-year history. The vehicle was a Roomster. A spokesperson said Skoda Auto was hoping to produce a total of 530,000 cars this year. In the January to November period the company reached record sales in 20 countries, including Germany, France and Russia. 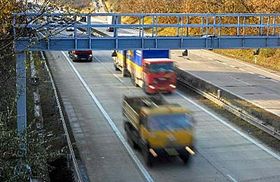 Photo: CTK The transport minister, Ales Rebicek, has cast doubt on the ability of the Austrian company Kapsch to launch on January 1 an electronic toll system for trucks on Czech roads. However, the firm's chairman, Georg Kapsch said the only thing that could delay the toll's introduction was interference on the part of rivals who bid unsuccessfully in the tender; the company blames delays in the planned launch of the system on proceedings undertaken by the Czech anti-trust office following appeals by failed bidders.

Hyundai does "historic" deal with environmentalists 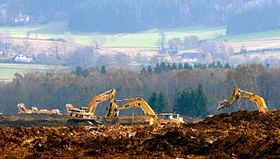 Photo: CTK The car maker Hyundai has struck a deal with environmental groups and government agencies aimed at ending legal disputes surrounding the building of a huge new plant in north Moravia - the South Korean giant's first factory in Europe. One element of the deal is the halting of plans to construct two business parks in the region - Czech environmentalists have hailed it as an historic victory. 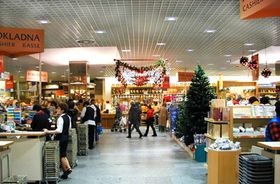 The average Czech is planning to spend nearly 8,000 CZK (370 USD) on Christmas presents this year; that's according to a poll carried out by the Respond and Co. agency in October. Forty percent of the survey's 921 respondents said they would spend more than last year; the same percentage said they would lay out the same amount as in 2005.