Good and bad news for the Czech Republic on the euro

The Czech Republic now meets three of the four Maastricht criteria for the adoption of the euro. This puts it ahead of Poland, Slovakia and Hungary, but as a result the country posted slower growth between 1997 and 2004, according to a study on micro-economic development released by the Czech Statistical Office. 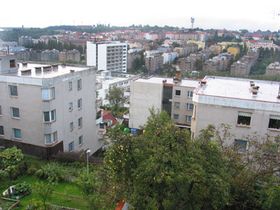 An association of Czech property owners are planning to sue the Czech Republic for hundreds of millions of crowns in "moral damages" at the European Court of Human Rights in Strasbourg. The association is unhappy with the country's policy of regulated rent. The 2,000 property owners, who have filed the complaint, say that they cannot even cover maintenance costs. Rent control covers almost 20 percent of occupied apartments nationwide.

The Czech government has allocated 700 million crowns (23.1 million euros) in foreign aid next year, 100 million crowns more than in 2005. The aid is one of the highest amounts allocated by a new EU member country. When it joined the European Union last year the Czech Republic promised to increase the amount it spends on foreign aid to 0.33 percent of GDP by 2015. 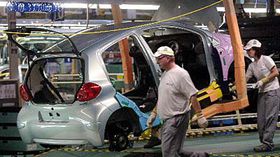 TPCA car plant, photo: CTK Peugeot Citroen and Toyota this week officially inaugurated their 1.3-billion-euro joint car-making plant here in the Czech Republic, the biggest post-Communist investment in central Europe. The small cars from the single production line at Kolin will be branded separately under Toyota, Peugeot and Citroen labels and are expected to go on sale across Europe in early June. Production will be split equally among the three brands, with one vehicle rolling out every minute once full annual capacity of 300,000 vehicles is reached early next year. More than 90 percent of production will be exported. 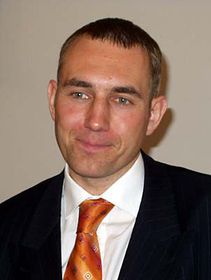 Martin Jahn The fixed retirement age could be abolished in the Czech Republic in the future, in line with a new economic growth strategy. Under the strategy, put together by a team of experts led by Deputy Prime Minister for the Economy Martin Jahn, people would be able to retire when they wanted, with the level of their pension adjusted accordingly. The Czech population is aging rapidly and there is broad agreement that the current system of funding pensions cannot be sustained indefinitely.

Mr Jahn's 8-year strategy also calls for an immediate deregulation of state-subsidized rents, the introduction of tuition fees for university students and for patients to cover part of the costs for visiting the doctor.

The plan has been criticized by trade unions and by some Social Democrats in the current government, who claim it goes against the government's social policy programme.

The Czech Finance Minister, Bohuslav Sobotka, has launched a campaign to make Czech banks more user-friendly. He wants it to be easier for clients to choose the bank that offers the lowest charges and to move from one bank to another. Statistics show that bank charges in the Czech Republic are above the European average, and banks have also been accused of forming illegal cartels to keep costs up. Most Czechs banks as well as the National Bank itself have responded that the criticism is unfounded.