Prague bourse thrives in rays of hope for European recovery

Prague blue-chips hit a three-year high earlier this week amid optimism that signs of recovery in Western economies would trickle through to the region, with banks in particular lifted by hopes of improved gains. The Prague bourse's main index PX-50 rose 1.5 percent to 583.9 points on turnover of $24 million, four times higher than usual and a signal that the market is seeing a return of bullish investors, analysts said.

Markets across Eastern Europe have been hitting peaks in recent sessions as interest rates have fallen and equities in major markets show signs of sustained gains. European shares have risen to early December levels on hopes that economic recovery hinted at in the latest economic data will let firms keep reviving their battered balance sheets.

Exchange rate of the Czech crown to the euro, July 2002 - July 2003, source: CTK The Czech crown fell to its lowest in over a year and a half against the euro on Tuesday, knocked down by automatic sell orders in thin, summer market liquidity. On Tuesday, the crown closed domestic market at 32.50 to the euro, after hitting a low of 32.52 earlier. The crown last traded above 32.50 in late January 2002. On Wednesday, the crown regained some ground, but analysts and dealers said however that the gains would be short-lived. Analysts say the crown could trade in a range from 32.25 to 32.65 per euro and should stay there until September when most investors fear renewed political turbulence, as parliament will discuss a package of crucial fiscal reforms.

The Czech central bank will most likely change its inflation targeting policy and aim at a flat corridor from 2006, as opposed to the downward-sloped target it has set for the period from 2002 to 2005. Central bank governor Zdenek Tuma was quoted as saying the new goal could either be an interval or a specific, numerical inflation objective, with a certain margin of error. He did not say what the new target could be.

Czech central bankers have used an inflation target as the main yardstick for setting short-term interest rates. The bank always looks at inflation 12-18 months ahead when reviewing interest-rate setting, meaning that this time next year, it will be focusing on inflation at the end of 2005 and should have already set a target for the period beginning in 2006.

The Czech Republic has enjoyed the lowest inflation in all of central Europe, with consumer price growth undershooting the central bank's inflation target for many months and prompting a series of interest rate cuts. The current target sees year-on-year inflation falling to 2-4 percent in December 2005 from 3-5 percent in January 2002. However, shop prices actually fell 0.1 percent year-on-year in July though the central bank's most recent predictions expects prices to start growing again.

Adopting a flat inflation target from 2006 would be a further step in the convergence of the Czech economy with the euro zone and harmonise the monetary policy tools with those of the European Central Bank.

On Wednesday, an amendment to the Telecommunications Act came into force, obliging the former monopoly Czech Telecom to offer local loop unbundling. This will make it possible for alternative operators to use part of Czech Telecoms infrastructure, the so-called last mile. Czech Telecom has to present a general offer for local loop unbundling within 30 days, including financial and technical details. The dominant operator will have to accept all requests from rival firms with the exception of cases when it is technically impossible, but these cases will be subject to review by an independent market regulator. Alternative operators are afraid that Czech Telecom will try to block competition by excessive pricing, as it did throughout the whole market liberalisation process. Telecom has already hinted that the price for renting the wires might be higher than the subscription fee it charges its customers. Although any price disputes will eventually be decided by the market regulator, the Telecommunications Office, this tactics could significantly delay the arrival of full-scale competition in telecommunications services to Czech households.

Czech Telecom to get rid of non-productive assets

The dominant Czech phone operator Czech Telecom plans to improve its cash position by selling off some of its real estate assets. Telecom Chairman Gabriel Berdar was quoted by business daily Hospodarske Noviny as saying the company owns property with a book value of 11 billion crowns (or over 380 million USD) and may sell portions which are not used for core operations. He gave no estimate though of how much the company could raise from the sales, or when the sale could take place. Czech Telecom is already one of the healthiest and cash-richest telecoms firms.

Biggest coal power station out of operation due to storm 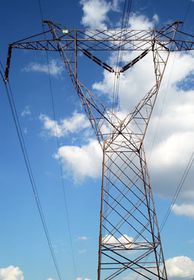 The largest Czech coal-burning power station went out of operation on Friday after a heavy storm damaged the grid. The Prunerov power station in the northwest of the country is operated by the dominant power producer CEZ and supplies 1050 megawatts. CEZ said it would take several weeks to repair the grid and restore supplies from the cut-off plant but added that the power grid was able to overcome that problem and domestic end-users felt no disruptions.

The accident happened at the same time as North America suffered the biggest-ever blackout. Experts say Czechs do not have to be afraid of such a vast outage, as the Czech system is able to isolate a faulty spot and deliver electricity through other routes, whereas an accident in the outdated American network will cause a domino effect. Besides, Czechs consume only about a half of the energy local power stations are able to produce and key institutions are equipped with their own backup power generators.

CEZ is the largest east European power utility and claims to be Europe's second largest power exporter. Analysts said the outage would probably cut CEZ's exports but the loss, mainly on exports to neighbouring Germany, should not exceed 0.3 percent of its annual sales.

CEZ, and the biggest power utility in eastern Europe said it may bid for stakes in Bulgarian electricity distributors as a part of its planned expansion eastwards. The state-controlled power producer will make a final decision on any Bulgarian moves by the end of August. The company's spokesman Ladislav Kriz said Bulgaria appeared to be in an advanced stage of power sell-off and CEZ was interested in expansion. Bulgaria plans to offer 67-percent stakes in its seven state-owned electricity distribution companies in an effort to liberalise the sector and boost efficiency. CEZ also remains interested in Polish and Hungarian distribution assets and has submitted an offer to the Slovak government for that country's dominant power producer Slovenske Elektrarne.

Sixteen buildings situated in the heart of the Czech capital Prague, on the famed Wenceslas Square, are up for sale again, after the winner of an auction earlier this year, Italian investor Alessandro Grosso, defaulted on a payment. The repeated auction is scheduled for next month. Grosso's company Bricks Invest in April submitted a winning bid of 605 million crowns (or over 20 million US dollars) for the decaying buildings, anchored by a former printery, on the city's famous Wenceslas Square. But a plan to create a hotel-restaurant-office complex fell through after Grosso failed to raise the needed cash. Auction director Libor Nevsimal told the press that he knows of another four or five serious bidders eyeing the buildings, which fell into disrepair after the 1989 collapse of communism but now stand in the centre of the city's bustling commercial district.

Czech geologists and geophysicists have been hard at work drilling the deepest geothermal borehole in all of central Europe. The borehole,…