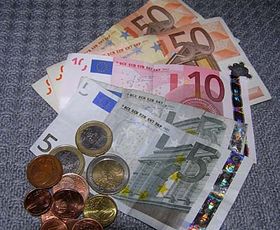 The bank Ceska Sporitelna issued a report this week predicting the Czech Republic will not be able to adopt the common European currency before 2013, several years after the government's target date for joining the eurozone. The bank also forecast that the Czech currency would depreciate some 15 percent against the euro in the run-up to the switch. The exchange rate now stands at just under 30 crowns to the euro. It will drop to 25.50 to the euro by the year 2013, Ceska Sporitelna predicted.

Prime Minister Jiri Paroubek and health insurance company representatives have reached agreement on a series of cost-cutting measures meant to gradually reduce the sector's 420 million dollar deficit in spending, while allowing for a wage increase for healthcare workers. The savings are to come in part by increased reliance on generic equivalents to brand name drugs. Paroubek also said the state would contribute more to insure children and retirees, thereby reducing the burden on the insurance companies. 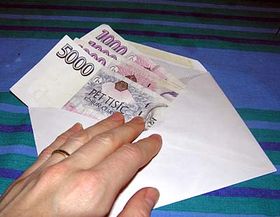 The Czech Republic has the third-highest perceived level of corruption in the European Union, according to a global survey by the watchdog group Transparency International. The result was on par with Slovakia and ahead of Poland, but markedly worse than that of almost every other EU newcomer. The Corruption Perceptions Index is a "poll of polls" that seeks to measure the degree to which people see corruption in their own countries. The Czech Republic was in a three-way tie for 47th place out of 158 countries, on par with Slovakia, Greece and Namibia. 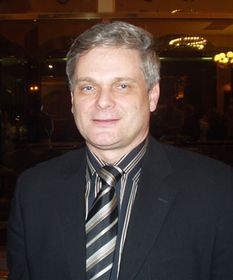 Vlastimil Tlusty, photo: Zdenek Valis And speaking of alleged corruption, the chairman of the right-of-centre Civic Democrats' deputies group, Vlastimil Tlusty, has said that he and several other party members have filed a criminal complaint against Prime Minister Jiri Paroubek and two members of the cabinet, as well as a former aide, in connection with the privatisation of the Czech oil concern Unipetrol. The new management of the Polish company that bought Unipetrol last year claims to have uncovered evidence of secret payoffs to Czech politicians. A parliamentary commission has been named to investigate the deal.

Prime Minister Jiri Paroubek said after meeting President Jacques Chirac in Paris this week that he received positive signals that France will consider modifying its restricted labour market access to Czech citizens. Paroubek said that the rules might first be relaxed for Czech students of French universities and Czech with advanced degrees. Only the United Kingdom, Ireland and Sweden are the only EU countries that did not impose restrictions on newcomers like the Czech Republic. Paroubek reportedly told Chirac that such restrictions undermine Czech support for the EU. The Czech Retail Inspection Office (COI) has fined the Dutch-owned retailer Ahold Czech Republic, which runs the retail chains Albert and Hypernova, a record-high 1 million crowns for overcharging customers. COI director Jiri Pekny said a quarter of 550 checks at Ahold outlets had unveiled flaws, mostly overcharging that added up to several hundred crowns for each shopper. In other news, the former Chief Executive Officer of the Czech Airports Authority Milos Stastny and his former deputy have been charged with tax evasion. Stastny and his deputy are said to have withheld some 30 million crowns in taxes - well over a million US dollars.