The Czech National Bank (CNB) surprised the markets by lowering its key interest rate on Thursday by a quarter point It is the third rate cut the central bank has taken this year. The rate now stands at an historic low of 1.75 percent. The Czech Republic now has lower rates than any European Union member state that has adopted the euro, the common European currency. The "eurozone" lending rate is 2.0 percent. The Czech crown dropped slightly on the news, but recovered on Friday morning.

The Czech central bank governor, Zdenek Tuma, cited new forecasts for lower inflation as the main reason for the cut. In the year since the EU enlargement, price increases have been the lowest in the Czech Republic of all new members. Mr Tuma said inflation is expected to hold steady at 1.3 to 2.7 percent over the next 12 months. The bank also predicted that GDP growth would be some 3.6 to 4.6 percent in the next year.

This week, the Czech Finance Ministry, which compiles its own data and analyses, also revised upwards its estimate of GDP growth and dropped downwards its forecast for inflation. The ministry, which had forecast an inflation rate of 2.8 percent for this year now expects it to be only 1.8 percent. The Finance Ministry expects growth rate to rise by a tenth of a point each year through 2008, when it should reach 4.3 percent.

In short, what this all means is that, one year after joining the EU, the Czech economy looks set to continue its strong performance in the medium term.

In other news, a Prague city court has declared bankruptcy on the assets of Vaclav Fischer, a former independent senator, and the founder of Fischer Travel. The Prague court was acting on a petition by Karel Komarek, a high-profile Czech entrepreneur who took majority control of Mr Fischer's company over a year ago. A German court had, on March 16, declared bankruptcy on Mr Fischer's assets at his request, and the former senator now claims that the Czech court acted outside of the law, because the German action takes precedence. The competing bankruptcy claims revolve around some $18 million dollars worth of assets that Mr Fischer is trying to exclude from claims by Komarek's group, which acquired a majority stake in Fischer Travel in 2003.

Among the other top business stories this week:

Czechs to join EU to push for measures against Chinese textiles 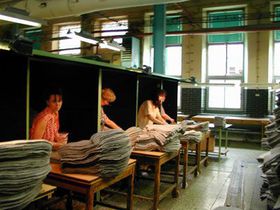 With Czech textile producers saying that up to 40,000 jobs are at risk, the Minister of Industry has said that the Czech Republic intends to actively support EU efforts to implement extraordinary measures to protect against Chinese textile imports, which have skyrocketed since China joined the World Trade Organisation.

Senate strikes down proposal relating to management of listed companies

The Czech Senate this week struck down a proposal that would have required the managers of companies listed on the stock markets to divulge their salaries and bonus schemes. Vlastimil Tlusty Vlastimil Tlusty, the "shadow finance minister" for the main opposition Civic Democrats - which have a strong lead in the polls -- has said the party will insist on a 15 percent flat tax if it wins the next elections.