In Part I of last week’s Czechs in History we focussed on Czech adventurer and ethnologist Alberto Vojtěch Frič’s journeys to South America, where he befriended the Chamacoco Indians in Paraguay. At the end of his third journey, in 1908, he learned to his dismay that the Chamacoco were being decimated by a mysterious illness. Through a curious mix of circumstances, he ended up bringing one of them, the son of a tribal leader named Cherwuish, back to Prague and they soon became good friends. A burden of responsibility for the South American, however, lay heavily on the ethnologist and it was of utmost importance to find a cure for his illness.

Yvonna Fričová, wife of the ethnologist’s grandson, says a solution was eventually found, and that batches of resulting medicine could be taken along when in a year Cherwuish headed back to South America. She told me the story when we met at Czech Radio recently: Alberto Vojtěch Frič, foto: www.checomacoco.cz “During Cherwuish’s stay in Prague a student of biology uncovered the source of his illness. He had contacted Frič hoping to study bodily samples for the possibility of unknown parasites. Such a parasite was indeed uncovered and after that is was not difficult to concoct a simple but strong medicine capable of flushing the parasite out. They then produced batches of the medicine that would be brought back to South America to help Cherwuish’s tribe.”

Alberto Vojtěch Frič was thrilled that a solution was found but it would be some time before Cherwuish could return home. At the same time, the South American native marvelled at life in the modern city. Before long, though, it became apparent that Cherwuish was at a disadvantage, requiring the guidance of the ethnologist even in the most ordinary of daily affairs. It was total culture shock, leading to many memorable incidents, some comic, some less so. Frič described his and the South American Indian’s adventures in his writings, which Yvonna Fričová edited and published as a single volume in the early 1990s. 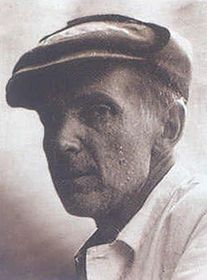 Alberto Vojtěch Frič “Probably the most famous story was Červíček’s run-in with the Prague police, which was later immortalised in a short story by Jaroslav Hašek (The Indian and the Prague Police). Červíček had seen beggars around the city and always felt terribly sorry for them and often gave them his full allowance, leaving nothing for himself. Frič was dismayed by this and soon forbid him from giving more than a single hand-out per day and that led to a misunderstanding that became famous.”

The incident, says Fričová, happened when Cherwuish was walking on his own along the bank of the Vltava River and aimed to go through the famous tunnel at Vyšehrad where at the time pedestrians were required to pay a toll to a uniformed officer. Cherwuish paid once – honouring his agreement with Frič – but on the way back was asked to pay again. The officer was playing a joke on him, but Cherwuish misunderstood and refused. The South American also thought that he was being challenged to a test of strength and all too quickly the police officer was thrown into the nearby river, Yvonna Fričová explains:

“Cherwuish was extremely pleased to be called out by what he thought was obviously an important person: at the time in the Austro-Hungarian Empire officers had splendid uniforms and wore a large rooster feather in their helmets. 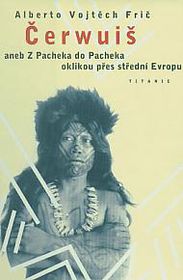 Cherwuish aka. ČervíčekHe threw him in the water for one reason: so that the officer wouldn’t be injured during his fall. This led to Cherwuish’s arrest, but the Chamacoco thought he was being honoured, taken in grand style to a palace where he was given his own cell which included a fantastic delicacy: cockroaches scampering across the floor. In his mind, his arrest was actually a celebration of his victory.”

The book of Frič’s writings published in the ‘90s is now out of print but awaiting a new edition; it was entitled Červíček aneb Indiánský lovec objevuje Evropu (or Červíček: How a South American Hunter Discovered Europe) and featured original photos showing him in Prague – even drinking beer with Frič’s entourage of actors and artists at the famous Prague pub U Fleků. The story on the banks of the river is just one of several Cherwuish’s misadventures described that were comic on the surface but with more serious undertones.

Alberto Vojtěch Frič himself later realised that he had underestimated the risk of bringing Cherwuish to Europe and for a while it appeared it would have tragic repercussions for him when he later returned home. Telling wondrous stories of life in Europe, he was first ridiculed and eventually ostracised by his people. Years later, long after they had parted, Frič was saddened to hear that the Chamacoco had taken to drink and he assumed the South American had come to a bad end. In fact, that is not what happened. Yvonna Fričová once again:

“Frič brought Cherwuish home in 1909 and himself stayed in Paraguay until 1912. After that, he never returned and later thought that the Chamacoco Indian had ended up badly. The last he heard was news in the 1920s. It was true Cherwuish had some bad times: he antagonised others by fighting for better rights based on his experiences in Europe. He became known as a ‘big talker’ and was driven away. But in fact, things got better and contrary to what Frič believed he didn’t die of drink. In later years he became a highly-respected figure among the Chamacoco, knowledgeable on many subjects.”

Alberto Vojtěch Frič’s own story also had a fascinating twist. Czech filmmakers tracing his footsteps in South America in 2000 learned of an elderly Chamacoco woman related to the Czech ethnologist, a daughter out-of-wedlock he probably never seen or even knew about. Yvonna Fričová and her husband Pavel were stunned to learn of her existence as well as of some 200 additional relatives in Paraguay and a meeting was organised between their families. 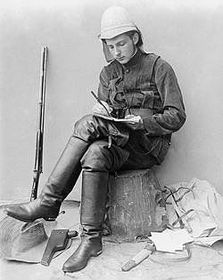 Alberto Vojtěch Frič, foto: www.checomacoco.cz “Ten years ago we learned that we had an almost 100-year-old ‘auntie’ named Hermina and we eventually visited her and several generations of descendents! She must have been born around 1905. All her life she wanted to learn more about her European roots and in the end she did and of course it was an emotional meeting. It was amazing that she lived to such an old age under the harsh local conditions and locals said she lived as long as she did so she could finally meet her European family. She died in 2009 at the age of 104.”

The family meeting prompted Yvonna Fričová and her husband to found a charity aimed at raising funds and helping the Chamacoco in Paraguay in subsistence projects. In this sense, most unexpectedly, Alberto Vojtěch Frič’s legacy lives on and Yvonna Fričová says that there is now even work underway for a new feature screenplay on his remarkable life. Frič himself died in 1944. The former adventurer – who as a young man, armed only with his knife, had killed a jaguar – succumbed to blood poisoning: he had accidentally scratched himself on a nail in his beloved greenhouse. He was 62.

You can find more information about A.V. Frič and Yvonna and Pavel Frič’s charity at www.checomacoco.cz in both Czech and Spanish. 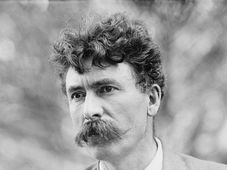 Ever since the publication of the first Czech translation of Longfellow’s Hiawatha in the 1860s, Czechs have had a special affection…

Alberto Vojtěch Frič was a Czech botanist, ethnologist and traveller, who earned fame in Bohemia, Europe, and parts of South America… The Black Ambulance and other urban legends

Did you know there was a black ambulance riding around Czechoslovakia during the 1980s, kidnapping children for their organs? Ask…