In our last edition of Czech History we showcased the recently published book of US author Kevin J McNamara “Dreams of a Great Small Nation.” The book traces the emergence of an independent Czechoslovakia at the end of WWI and in particular the role played by the Czechoslovak legion fighting along the Siberian railway against the new and fragile Bolshevik regime. In this second part of an interview with the author, we examine how far the fighting helped to seal the creation of the new Czechoslovak nation and Mr. McNamara’s further research and involvement in a film project about the events.

Czechoslovak legionnaires in Russia, photo: Public Domain At the end of the first instalment we left around 50,000 Czech and Slovak soldiers in 1918 as rather unenthusiastic participants in a fight against the Bolshevik regime. The former Russian prisoners of war had been hoping to be shipped eastwards to the port of Vladivostok and then into the war in France on the side of the allies.

But the Bolsheviks were distrustful of this large force and were keen to gain their arms and if possible recruit them for the Civil War that was spreading against the new regime. Those attempts backfired badly with the Czechoslovak legion turning into one of the most potent forces against the Bolsheviks and ultimately occupying a large and strategically important part of the country.

But were the feats of the Czech and Slovaks crucial in convincing the Allies that an independent state of Czechoslovakia had to be founded or could they still have done a deal with Vienna that stopped short of this ultimate demand of the trio of Tomáš Garrigue Masaryk, Edvard Beneš, and Milan Štefánik. I put that question to Mr. McNamara:

Despite the trump card of the 50,000 troops who have got basically command of the Trans-Siberian and are fighting along it, it was still not certain that there would have been that independence. The Habsburg Empire could have done a deal and possibly got out of the war and Bohemia might have been just given some regional autonomy. In that sense, even with that formidable force there was nothing certain was there?

“Well, no, nothing was certain except that once the war started and the Czech and Slovak leaders went into exile as fugitives, their demands changed from autonomy, such as what the Hungarians had in Austria-Hungary, into complete independence.

“Their demands changed from autonomy, such as what the Hungarians had in Austria-Hungary, into complete independence.”

“And once that happened Austria-Hungary was doomed for three basic reasons. The Austrian Germans, the actual Germans in Austria-Hungary, the ethnic Germans of Austria-Hungary, were not going to share power with the Czechs and Slovaks as they had been forced to do so with the Hungarians back in 1867.

“So any concession that the Habsburgs might have made to the Czechs and Slovaks, even for a limited autonomy drove more and more Austrians towards a newer homeland they could be proud of, but its capital was in Berlin. Austrians began even at this early date to look to Germany proper as their natural homeland. This comes back again when Hitler comes to power and Austria avidly joins Germany under Hitler. It was not so much about Fascism but about German nationalism. The Austrians felt isolated and alone by themselves.

“And then the third problem is that the Czech lands of Bohemia and Moravia always constituted the industrial heartland of Austria-Hungary. If you rip out that, you rip out basically all the wealth and manufacturing from Austria-Hungary. So, the Habsburgs were trapped between a rock and a hard place and another rock. And it was very, almost impossible for them to win once the Czechs and Slovaks went so far into opposition.” 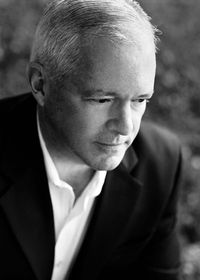 Kevin J. McNamara, photo: archive of Kevin J. McNamara Coming back to your research, how much do you think might be hidden in the Russian archives which have not so far been opened up or not opened up much. Do you think there might be some new stories or new angles on this that we will perhaps not see for a long time?

“Possibly, possibly, you know the archives were opened up under Yeltsin and then closed up again under Putin, more or less. I am intrigued by that because there is one story. There is one Russian general – he was a colonel and then a general – a Russian national who stayed with the legion a long time. In fact, he was their commander at Chelyabinsk and later on he led the men against Yekerterinaburg. So he was with them forever, a very long time.

“He finally made his way to Prague after the war. After the war, Prague welcomed scores of Russian emigres under a programme called Russian Action. And it was the most generous programme to support Russian. And it was the most generous programme to support Russian exiles anywhere in the world. And among the 25,000 people or so who came to Prague was Alexander Kerensky, and the retured engineer who owned the home in Yekaterinburg which was taken from him by the Bolsheviks and where the Romanovs were executed. Another person who was in Prague after world war one, was Sergej Vojcechovský. He was a Polish-Russian national. He ends up back in Prague and is a general in the Czechoslovak army and he took Czechoslovak citizenship.

“But despite all this in 1945 when the Russians come in to liberate Czechoslovakia he was among 215 Russian exiles who were arrested by the Red Army and taken back to Russia and he was sentenced to 10 years in the gulag. all because of his participation in this story. He died on April 7th, 1951, at the age of 68. He was buried along the Trans-Siberian railway west of Irkutsk. Why all this interests me is that the Russian minister of foreign affairs announced in 2004 that during a working visit to Prague that October he handed over to the Czechs at their request archival material concerned the general Vojcechovský. But that’s all the Russian announcement said and when l made e-mail enquiries to the Czech foreign ministry I never got a response. I don’t know why they were interested in his status. They could have just been making enquiries because of his family. But there might be more information like that in the Russian archives and I would love to get access to them. ”

“The Habsburgs were trapped between a rock and a hard place and another rock.”

And now finally to the film project. The book is out there and it’s getting good reviews. Now you are looking at a film, I take it this will be a documentary film?

“No, no, it would be a feature film that is being put together by the director, Petr Nikolaev. He is a well known Czech film director and I am mostly in touch with his producer, Jiří Prusa. And they are trying to raise money for this project. The start of shooting is planned for the later part of 2016, but they still have to raise all the money they need to do that. And like I did, Petr and Jiří have travelled top Siberia to track down any trace elements for the Czechoslovak legion and its experience there. And in true Russian fashion they were actually arrested briefly and detained in Chelyabinsk. “

What aspects of the story will it focus on? I mean will it be focused on one particular individual or one particular event or the whole four or five years, which would be quite an effort I presume?

“I know, it would be a hard story to tell in film without some focus on one or two people. Masaryk is one obvious focal point. I have not seen the script, I don’t know what the exact focus will be but this is clearly an effort to bring back to the Czechs and Slovaks their national history which people alive today pretty much don’t know very much.” 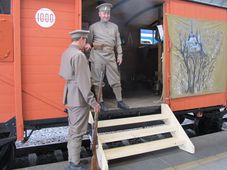