The man who was willing to pay the price: film director Otakar Vávra turns 100

Czech film director Otakar Vávra celebrated his 100th birthday on Monday. In his extraordinary career, Mr Vávra made over 50 movies, enjoyed by audiences in all of the regimes Czechs went through in the 20th century. But there was often a price for being able to make films even under the most difficult circumstances; a price Otakar Vávra was always willing to pay. Otakar Vávra, Prague Mayor Bohuslav Svoboda, Jiří Besser, Vávra's wife Jitka Němcová, Václav Klaus, photo: CTK President Václav Klaus was among the guests at the director Otakar Vávra’s 100th birthday party at the Mánes gallery in Prague on Monday. The president said he liked Mr Vávra’s book of memoirs that was launched at the party, and wished the long-lived filmmaker to live at least until 104. A little later, the Czech culture minister, Jiří Besser, awarded Otakar Vávra in recognition of his life-long achievements.

One of the guests at the party was the Academy Award-winning director Jiří Menzel, who studied under Otakar Vávra at Prague’s FAMU film school in the 1960s. Mr Vávra taught a number of filmmakers who went on to become the leading figures of the New Wave of Czech cinema. Jiří Menzel says Mr Vávra taught his students to understand film in the entire context of art.

“He taught us that film was not only performing art but that it was part culture, and a very important part of art. So we had to know how to make film as a cultural phenomenon, not only for entertainment or for making money.” 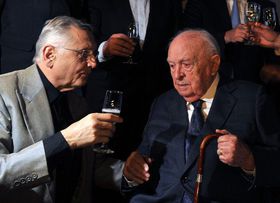 Jiří Menzel, Otakar Vávra, photo: CTK Otakar Vávra has lived under all the regimes the Czech nation went through in the 20th and 21st centuries. He was born under the Austrian Emperor, and grew up in the first Czechoslovak republic when he also collected his first film awards. He made some of his best known films during the Nazi-imposed Protectorate of Bohemia and Moravia, and continued making movies after the communist putsch of 1948, shooting two of his most acclaimed movies in the 1960s. The Soviet occupation of Czechoslovakia silenced many filmmakers, writers and other intellectuals – but not Otakar Vávra who continued filming until the fall of communism in 1989.

His ability to survive even under the harshest circumstances is another remarkable feature that marked his extraordinarily long career. Emil Fila is a film critic for the news website aktualne.cz.

“Otakar Vávra is a living memory of Czech cinema. He went through nearly all of its stages, from silent black-and-white films to colour, wide-screen, stereoscopic and stereophonic movies. He was a specialist in historic movie, particularly in crowd scenes that at the time were aimed at supporting the national identity, especially before, during and after WWII.”

Internationally, Otakar Vávra is not very well known but some of his films are all time Czech favourites. His old classics include the very first feature film he made, the 1936 comedy Camel through the Eye of a Needle, starring Hugo Haas, as well as a movie he shot the following year, entitled Virginity with Lída Baarová.

Otakar Vávra was a filmmaking autodidact. As he says in his memoirs, he would see a movie every day, and then transcribed the lines to learn how to write a movie script. Public Czech TV screened on Sunday a new documentary to mark Otakar Vávra’s 100th birthday. One of the film’s three co-directors was Alena Činčerová.

“It’s very interesting that he was a self-made man. When he started, there was no film school; he was the one who established the FAMU school and who came up with the rules how to teach students how to make films.

“But he himself learned from the films of his predecessors. He’s talented, and he had a great will to make films. I think these two things are the most typical for him – his talent, and his hard work.”

After the Nazi occupation of Czechoslovakia and the establishment of the Protectorate, the authorities saw film as one of the key tools of their rule. They provided bread, and they also took great care of the circuses – Otakar Vávra made 12 films between 1939 and 1945, including such memorable pictures as Turbine and The Girl in Blue.

For many people in the film industry, things changed dramatically after the war when they faced accusations of collaboration with the Nazis. They included Lída Baarová, Vlasta Burian, and others. But Otakar Vávra continued making films even after the communist takeover of 1948. His film trilogy, based on the 19th century novels by Alois Jirásek, depicted the mediaeval Hussite wars as a social revolt, and the religious warrior Jan Žižka as a precursor of communism. Kamil Fila again. 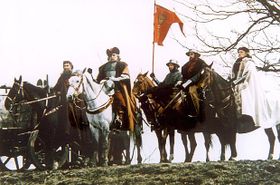 'Jan Žižka' “Unfortunately, what happened to him was that with his growing ambitions and power, he made movies that were increasingly in line with the regime’s interpretation of history. He took historical events and interpreted them in line with the communist ideology.

“This culminated in the 1970s, after the Soviet occupation, when he made a trilogy about the liberation of Czechoslovakia in 1945, showing Soviet tanks in the streets of Prague. That was very tasteless. He now says he was forced to do it but it very much did stain his career.”

At about the same time, Otakar Vávra helped found the Film and TV Academy, known as FAMU that has since produced hundreds of Czech and foreign filmmakers. In the late 1950s, a group of very strong and distinct personalities studied film at FAMU under Otakar Vávra. These included Jiří Menzel, Miloš Forman, Věra Chytilová, Evald Schorm, and others. Jiří Menzel remains grateful to his erstwhile professor to this day.

“He taught us the fundamental principles. All of us could of course make our films in our own ways; Věra Chytilová’s films are very different from mine, and mine are very different from Evald Schorm and so on. But he taught us the basics. There might be new technologies now but the principle of telling a story through images, that does not change.”

Otakar Vávra also learned from his students. In the 1960s, he explored a different kind of film language in several of his movies including August Sunday, Golden Queen and Romance for Bugle, all based on the poetry by František Hrubín. For Kamil Fila, the 1960s was another highlight in Otakar Vávra’s career. 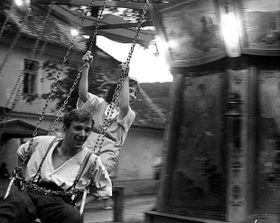 'Romance for Bugle' “His best era is the early 1930s when he was very much influenced by foreign films and wanted to enhance Czech cinema; another good period came in the 1960s when he taught at Prague’s FAMU film school. He taught a new generation of Czech directors who formed what is known as the Czech new wave. He was also inspired by them, and went on to make two of his best films that are still shown on TV today, that is Romance for Bugle and Witchhammer.”

Kladivo na Čarodějnice, or Witchhammer, is perhaps the strongest film Otakar Vávra ever made. The film, shot in 1969 in black and white, is based on the witch trials that took place in Moravia in the 17th century. Its graphic depiction of mechanics of power and the violence that comes with it made it an impressive analogy with what was happening after the Soviet occupation.

The film was withdrawn from distribution soon after it was released in January, 1970. To make up for what the authorities saw as an offence, Otakar Vávra once again conformed to the establishment, and shot another trilogy, this time a propagandistic interpretation of Czech anti-Nazi resistance and liberation of Czechoslovakia by the Red Army. Kamil Fila says Vávra’s urge to continue making films was stronger that any moral reservations he might have had. 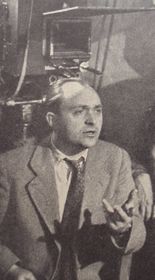 Otakar Vávra “Vávra did not refuse. He always said a director must make films and uses a phrase that a director without a camera is like a shoemaker without shoes. That might sound wise but by saying that Czechs are like this, he is being cynical about other people’s bravery. By suggesting this is the way to go, and by using this to excuse his expensive, three- or four-hour films, that I think is unacceptable.”

On Monday, President Klaus was not the first president and Culture Minister Besser was not the first minister, to honour Otakar Vávra. He first landed a state award in 1937, another in 1942 and two more in the late 1940s. In 1961, he received a top communist decoration, the Order of Labour, and in 1968 he was given the prestigious title of a national artist. In 2002, Václav Klaus awarded him the Czech Republic’s Medal of Merit.

Otakar Vávra’s ability to bend to political pressure throughout his career is something many Czechs are not ready to put aside. On his 100th birthday, one Czech magazine ran his photo on the cover placed between the swastika and the hammer and sickle. For director Jiří Menzel, this is just the envy and jealousy of others.

“It makes me very angry. What Vávra did he did because he knew what he had to do. His work at the Barrandov film studios raised the professional level of all technical staff and other people involved.

And was not alone, you know. Other directors made the same things. But because Vávra is older, and he worked under all the regimes, he became a target of other people’s envy and jealousy. But he didn’t do it for himself; he did it to make Czech cinema better.” 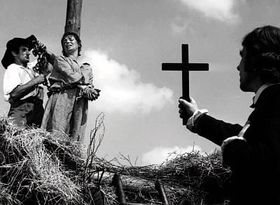 'Witchhammer' The debate about Otakar Vávra’s films and the motivation behind them is not likely to be resolved easily. Film critic Kamil Fíla sums up his view on the legacy of the film director who worked under extremely difficult conditions, and has lived to tell the tale.

“His efforts to make artistic movies and avoid commercial movies and things for TV, that perhaps deserves admiration, and so do his hard work and drive. But there are some eight or ten of his movies that are really perverse. They cannot be explained or explained; that’s some 15 years of his life that you cannot forget.”

In this edition of Screen Czech I’ll be speaking to one of the most influential people in the Czech film industry – Ludmila Claussova, chairwoman… 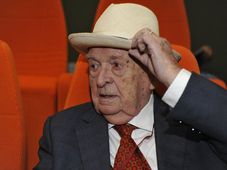 Czech filmmaking legend Otakar Vávra – who turned 100 earlier – has died in Prague. Over the course of a remarkable career, Mr Vávra… 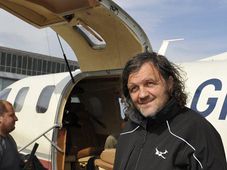 If you are a regular Radio Prague reader or listener, you will probably already be familiar with the Summer Film School at Uherské…