Archbishop, later Cardinal, Josef Beran, become a symbol of opposition to totalitarian regimes. He was dubbed the archbishop who refused to be silenced. The punishment for speaking out was imprisonment first under the Nazi occupation and then the Communists.

Josef Beran was born into a poor Catholic family in Pilsen in 1888. His father was a teacher in city’s sole Czech school. Sometimes money was so short there was nothing to put on the table. Years later, Beran recalled reminding Communist officials that he probably came from a much more miserable background than them.

Josef was a talented student who was picked for the priesthood by his religious teacher at the local gymnasium. He had thought about studying medicine. Through his teacher’s connections in Prague, Josef was sent in 1907 to the Czech college in Rome. He was ordained in 1911 and a year later was awarded his doctorate in theology.

From 1917 he was professor and later director of a teaching institute in the centre of Prague. Though not a progressive, Beran marked himself out for this advanced beliefs on women’s education. Jaroslav Šebek is an historian at the Czech Academy of Science.

“His activity was mainly in the area of upbringing and education. And if we can use today’s language we could say that he was concerned with gender stereotypes because he devoted himself to the role of women from a Christian viewpoint.”

Beran also distinguished himself by his religious devotion which began with prayers in church every morning at 4.30.

In 1925 he was appointed director of all Catholic schools. In 1932 he was made the director of the Prague diocese’s main seminary. During that period, the seminary was roughly divided equally between German and Czech-speaking apprentice priests. As events outside ratcheted up tension, one of Beran’s main tasks was to keep the peace inside its walls. He took the line that politics should stop at the gate of the seminary. It was a general line he later tried to maintain against those tried to impose their political doctrines.

The Nazis were the first of such minded powers after they took over what was left of the Czech state in March 1939. Beran was chosen in April 1941 to make the radio announcement about the death of Prague archbishop Karel Kašpar. It was a high risk mission which marked him out.

When the acting Nazi ruler of Bohemia, Reinhard Heydrich, died following an audacious attack by Czechoslovaks parachuted in from Britain, Beran was one of the thousands rounded up by the Gestapo in June 1942. He counted himself lucky not to have been executed along with around 2,300 others. Jaroslav Šebek: Reinhard Heydrich “The reason for Josef Beran’s imprisonment by the Nazis was his patriotic stance which he displayed for example during his address on the radio to Czech listeners. He called for them not only to be true to their religious beliefs but also to their country.”

Beran ended up at the German concentration camp of Dachau on the outskirts of Munich, one of 122 Czechoslovak Catholic priests sent there. He was close to death at one point with typhus and later said every minute afterwards was a gift from God. Fellow camp inmates remembered his religious devotion, optimism and willingness to share his food with those less fortunate.

On liberation in May 1945, Beran and the survivors, 76 Catholic priests died from their treatment, returned home in hastily adapted SS uniforms. There was nothing else for them to wear.

One of the pressing tasks for the Catholic hierarchy was filling the post of Prague archbishop which had now been vacant for four years. Josef Beran was immediately seen as a likely candidate who could bring prestige to the church and counter the rising Communist influence.

“He was perceived as a hero, as a person who took part in the anti-Nazi resistance. He was crowned with this glory as a victim of Nazi persecution. I would say that for the Vatican this was a major factor.”

The appointment as head of the Czechoslovak church took effect in November 1946. Archbishop Beran was fully aware that the anti-Catholic Communist Party was setting the agenda in the National Front government. Punitive measures began even before the Communist seizure of power in February 1948.

“Already before 1948, for example, the Communist Party ministers tried to exclude the Church from the field of education and schooling and tried to make all schools state schools. This did not succeed. But they also pushed through land reform which again reduced Church property before 1948. And they also took steps to curb Church publications on the grounds that there was a shortage of paper after the war.” 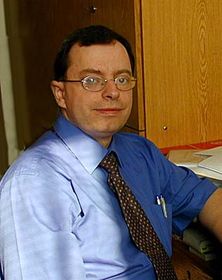 Jaroslav Šebek After the seizure of power there was a sort of stand-off between the two sides.

“It was the calm before the storm. The Communists were trying negotiations in order to buy time so that they could prepare for their main assault upon the Catholic Church. And it is true that the Church then did not know how the Communists would act. Beran hoped to win time to prepare for the possible but expected attack.”

A series of negotiations began. But the Communists wanted to tame the Catholic Church which they identified as the only real challenger to their power. Postponed moves to bring Catholic schools under state rule were pushed through as were further seizures of church property. The Communists demanded a clear declaration of loyalty from the church but Beran was not willing to give that endorsement. The Communist’ final card was the attempt to create their own subservient church.

“The reason for the arrest and internment of Archbishop Beran was his stand on the attempt by the Communists to split the Church by using collaborators, both from the ranks of priests and lay people. The so-called Catholic Action movement was aimed at serving Communist goals by creating a schism in the Catholic Church as occurred in 1920 when the Czechoslovak Church was founded. That did not happen mainly because Beran very courageously called on believers to stay loyal to Catholic principles.”

Archbishop Beran began reading out a declaration denouncing Catholic Action in St. Vitus’ Cathedral on June 19, 1949. He was able to read the first sentence before his words were drowned out by secret police agitators packed into the Cathedral. He returned to the archbishop’s palace to find a handful of officers waiting for him. It was the start of a 16-year regime of house arrest and imprisonment at various sites around the country.

“He has to live under unrelenting daily police supervision. He was not allowed to move freely about. He was only allowed the company of nuns who cared for his domestic needs. Otherwise there was no possibility of contact with the outside world. He was basically surrounded by the state police. In the end they tried to take advantage of that situation by trying to discredit Archbishop Beran by putting aphrodisiacs in his food in the hope that this would lead to a compromising situation.”

Relations with the Vatican and Communists began to improve in the 1960’s with talks launched in 1963. One of the key points was what to do about Archbishop Beran. In 1965 Beran was appointed Cardinal. The Communists spelled out that they would allow him to go to Rome, but only if he never returned. Beran was at first unwilling to accept the deal but the Vatican pointed out that it would at least allow the appointment of a new archbishop to better defend it. He flew to Rome on February 19, 1965, never to return to his homeland.

Beran died on May 17, 1969. He was given the singular honour of being buried alongside previous popes in a crypt at St. Peter’s.

The episode featured today was first broadcast on December 23, 2009. 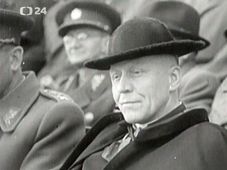 Archbishop, later Cardinal, Josef Beran, become a symbol of opposition to totalitarian regimes. He was dubbed the archbishop who refused… 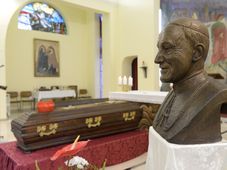 The remains of exiled Czech Cardinal Josef Beran have been taken from the Vatican’s St Peter’s Basilica. On Friday, they will be flown… 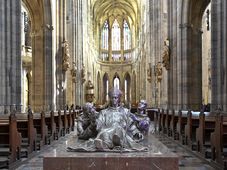 Prague’s St. Vitus Cathedral has gotten a new group of statues depicting the saints Vojtěch, Radim and Radla. The idea for the statues…