Newly released documents from Australia's top spy agency have revealed details of Czechoslovakian espionage down under, during the early years of the Cold War. The previously top-secret records outline how Czechoslovakians spied on behalf of the Soviets, and how they managed to recruit an Australian diplomat who eventually fled to Prague. Andrew Greene reports from Australia's capital, Canberra. 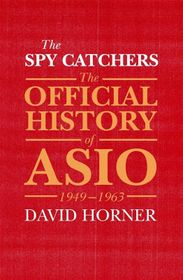 Photo: Allen & Unwin When the Second World War ended, Australia - like the rest of the Western World was gripped by a fear of Communism. The Cold War paranoia dominated Australia's political and military discourse.

In 1954 the threat of Communism was brought starkly into focus when Australia was thrust into the middle of an international spy sensation... The "Petrov Affair" would have consequences around the globe, not least in Czechoslovakia. (Newsreel) "A statement made in the House of Representatives in Canberra by Prime Minister Robert Menzies gave first details of a Soviet Spy Ring in Australia. Vladimir Petrov - an official of the Russian embassy whose home is in Canberra had told the full story."

Vladimir Petrov - who was the Third Secretary of the Soviet embassy in Canberra - feared being killed if he returned to the Soviet Union, and decided to defect. He made contact with the Australian Security Intelligence Organisation - a newly established counter-espionage agency - and offered to provide evidence of Soviet spying in exchange for political asylum.

His diplomat wife wasn't informed, and days later Moscow dispatched armed KGB agents to attempt to take her back to Russia. The dramatic scenes unfolded in full view of news cameras.

(Newsreel) "Later at Kingsford Smith Airport in Sydney crowds gather to watch Petrov's wife leave for Russia. Australian Security officers keep careful check for disturbances are likely. Two couriers sent from Moscow both of them armed and an embassy official hustle Mrs Petrov to the plane. The crowd mainly composed of emigrated Czechs, Hungarians and Russians try to block their way. Mrs Petrov's shoe is lost in the scuffle but the two burly couriers keep her moving. Russians in the throng claim that Mrs Petrov shouts that she does not want to go. Police are thrust aside by the angry mob."

(Newsreel) "Later at Darwin airport Mrs Petrov telephoned her husband who she had previously believed dead and decided like him to seek asylum in Australia. The Petrov case has now led to the Russians withdrawing their embassy staff from Australia and their demand that the Australians leave Moscow."

The sudden closure of the Russian embassy meant Czechoslovakia's diplomats in Australia had a new found prominence. And they were coming under the increasing gaze of ASIO - the Australian Security and Intelligence Organisation. Professor David Horner is Australia's leading military historian:

“After the Soviet Embassy closed the Czech consulate general got bigger. And they seemed to have far more people than was needed to do the sort of normal work that they were doing so it was suspected that they were operating on behalf of the Soviets.”

“And of course there were no other Communist embassies in Australia at that time - no Communist Chinese, Polish, Hungarian - but that Consulate General that had been formed in Australia when Czechoslovakia was democratic still existed in Sydney. And by this stage it was Communist and this was the only Communist mission in Australia. So ASIO suspected that it was conducting espionage on behalf of the Soviet Union. So ASIO concentrated on the Czech Consulate General.”

With unprecedented access to its previously classified files he's extensively documented ASIO's surveillance of Czechoslovakian diplomats, their espionage efforts and their links to the Australian Communist Party.

“Well we didn't actually find, and ASIO didn't find, that the Czechs were doing much at all. That doesn't mean to say they were not doing something but ASIO was not able to really nail it down exactly what they were doing.”

Professor Horner's book documents how between March 1948 and December 1949 three senior members of the Sydney Consulate General resigned and asked to stay in Australia.

One of the diplomats Karol Tokoly told ASIO officers that in 1948 he had been instructed by Prague to obtain information about the Woomera project - a secretive missile and rocket testing range in remote South Australia. In 1951 a British born secretary who had worked inside the Czech consulate was interviewed by ASIO after she tried to buy information about Woomera. At the same time the Czechs suffered another defection.

“The Acting Consul-General in 1951 Joseph Felix defected to Australia and ASIO concentrated on his successor a man called Kafka to see if he could defect, they were unsuccessful in this.”

Felix gave ASIO very little valuable information, but the man who had superseded him - Kafka - continued to extend his circle of contacts which included the Russian Vladimir Petrov and senior members of the Communist Party of Australia.

While monitoring Kafka - ASIO was also able to penetrate the Czech consulate and photograph documents which it then sent to its MI5 allies in London. ASIO's mole - an agent codenamed "Cobber" - reported that there was no indication the operation had been detected.

“ASIO were very successful in penetrating the Consulate General - that is that they got an agent well and truly embedded within the Consulate General and they were very well aware of the goings on but they were never actually able to nail down some proper espionage and it was only much later in more recent years, when the Cold War has come down that we're able to know that the Czechs actually were operating on behalf of the Soviets in conducting espionage.”

Professor Horner says during the 1950s and early 1960s no Czech spies were expelled from Australia, but they knew they were being watched.

“In the period that I've been writing about no they didn't expel or take action against them. But of course they were conducting surveillance against them and that's surveillance in itself is part of the counter-espionage program in that if a person knows that he's being watched that makes it harder for him to do the sorts of things that he might be wanting to do.”

The Czechs too enjoyed success down under - helping facilitate the defection of an Australian diplomat, Ian Milner.

In 1947 the New Zealand born Milner resigned from the Australian Department of External Affairs to take up a position with the United Nations in New York. Western intelligence agencies were already closing in on him.

“The Venona intercepts, that's the intercepting of the cables between the KGB headquarters in Moscow and its embassies, identified that Milner was one of these people who was passing information on. The Soviets got wind of the fact that things were closing in on Milner and suggested that he get out of New York and he went to live in Czechoslovakia. And suddenly he got a well-paid job at a Czechoslovakian University and he worked there for the rest of his life continually denying as information came out about Venona that he'd ever been working in Australia as a spy.

In fact Milner landed a temporary job as Special Lecturer in the Department of English at Charles University.

After the Cold War newly released secret files from the Czech Interior Ministry revealed that in 1950 the Soviet Intelligence service had decided to "relocate" Milner to Czechoslovakia. The documents showed he was paid 25 thousand crowns per month, compared with the normal university salary of 7000.

He was given the cover name "Dvorak", as well a pseudonym. Agent 9006 continued working for the Czech secret service, reporting on academic and diplomatic acquaintances. The last available report in the archives confirmed he was still working for Czech intelligence as late as 1968.

Despite the mounting evidence Milner, who died in 1991, always denied he was a spy.

“To say that because you hold left-wing political views at a certain time of your life that you might have been working for Russian intelligence - this is fantastic.”

Throughout the 1960s events in Czechoslovakia continued to influence the Communist Party of Australia. The brutal crackdown of the 1968 Prague Spring helped to split Australian Communists, some appalled with the actions of Moscow.

Professor Horner's first volume of ASIO's official history ends five years before the Prague Spring, but he's hinted future volumes which are still being completed will shine more light on the more recent covert activities of Czechoslovakia, down under.

“What we do see from the Communist Party in Australia of course is it completely it sort of dies down and eventually it vanishes. And so ASIO's focus on the domestic communists in Australia then has to also die down but the focus against the Soviets continues right the way through until the end of the Cold War... So yes the Soviets continue to be a major target.” 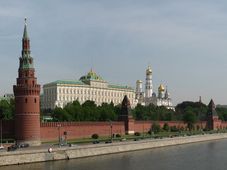