The Czech Republic still has an extensive system of fortifications built in the 1930s that was intended to prevent an attack by neighboring Nazi Germany. You can often come across of these concrete "bungalows" in Czech forests near the borders. While some consider the structures ugly, historians point out their great historical value. Most of the bunkers are still the property of Czech Army but they have rapidly become a burden. The Ministry of Defense has now decided to get rid of them to sell them to private buyers.

Had Czechoslovakia fought against Germany, rather than things turned out, giving up without a shot following the 1938 Munich Agreement, it could have made good use of its elaborate system of fortifications, says Ales Horak, the chairman of a Military History Club in Nachod:

"Our fortifications were constructed according to French fortifications - the so-called Maginot Line. Our bunkers are very similar in design. It is possible to say that similar structures were built in almost all European countries. But, the Czechoslovak design, along with the French and the German belonged among the best."

Ales Horak believes that the bunkers are reminders of their time, proof that Czechoslovakia was indeed ready to defend itself. He says it would be ideal to use them as monuments and museums of military history. 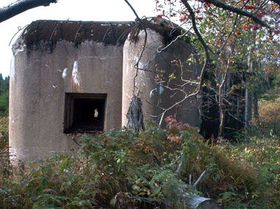 "I can hardly imagine any other use. Even in France there are many empty bunkers. They tried to use them in many different ways; such as cellars for raising mushrooms or as holiday cottages. But it is very difficult to maintain them because they are very humid inside."

Ales Horak is not in favor of the Defense Ministry's plans. He says that many private owners could buy the properties only to get rid of the bunkers in the end. However:

"I suppose the people will want to use them in a similar way like they did in France. Some people will want to turn them into holiday cottages, other maybe already have them on their land and they find them disturbing. They will want to demolish them and I think that would be a shame. During communism many historical structures were demolished. I think we shouldn't demolish something which should be preserved for future generations."

The Ministry of Defense is however determined to sell them following an upcoming advertising campaign. They will be sold to anyone who is interested - most likely to those who offer the best price. For years now, the Czech Army has been selling off, or in some cases donating, concrete military bunkers built in the 1930s. Originally,… 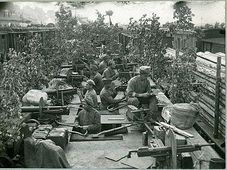 Military buffs fear for the future of the Czech 'Maginot Line'

The prospect of going to war with Germany came as no surprise to the Czechoslovak government of the 1930s. Prague had, in fact, been…