Woman posing as child may have fallen victim to strange sect

Who is Barbora Škrlová? The mysterious case of the Czech woman charged with identity fraud after posing as a 12-year old girl in the Czech Republic and a 13-year old boy in Norway has shocked and baffled the nation. Czech investigators are slowly piecing together the picture of her life and there are serious indications that she was a victim of a sect whose members made a profit from child-abuse films. 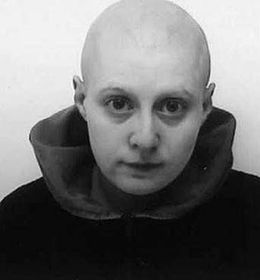 Barbora Škrlová as a 13-year old boy, photo: CTK The strange case first surfaced when Barbora Škrlová was found living with a woman who tortured her two young boys. Škrlová, then living in the family under the guise of their 12-year-old sister Anička, was put in a children’s home where she duped social workers into believing they were dealing with a stricken, abused child. Anička fled the home and disappeared for many months surfacing unexpectedly in Norway last week where she had been living and attending school under the guise of a 13-year-old boy. Is this strange figure - at the centre of a frightening child-abuse case - a criminal or a victim? Teachers and social workers who knew her in the Czech Republic and Norway say she appeared withdrawn, unbalanced and may herself have a history of abuse. Marie Vodičková head of the Czech Fund for Children in Need says it seems that she was most likely abused as a child and then turned into an obedient puppet by a sect which may have made a profit from making and selling child-abuse films. There is at least one direct piece of evidence to support this theory – the torture of one of her alleged brothers was documented day and night by a professional camera system. Both boys showed signs of abuse – cigarette burns in their genital regions and numerous welts and bruises. The children said they had been tortured by several members and “friends” of the family. The family lived in an expensive villa and Škrlová’s escape to Denmark and then Norway –as well as her life there – was not only well-planned but very expensive. So where did the money come from? And how many people are actually involved? Various witnesses are now coming forward. Škrlová’s teacher in Norway says she decided to contact the Norwegian police after the alleged 13-year-old boy painted a picture showing seven children all bruised and bleeding and each with a number. Škrlová had labeled herself as the seventh. The media both in Prague and Oslo are now speculating on who the other children may be and how far the web of evil extends. Škrlová’s biological father who is believed to be the head of this strange sect once led a religious group called The Ants which splintered off from the Holy Grail Movement centred in Europe. Czech experts on religious sects say that whatever is going on in this terrifying community, it is unchartered territory because there is no known sect in Europe involved in child identity fraud. What is particularly worrisome is that this strange case came to light by pure accident when a neighbour of one of the abused boys got a glimpse of him bound and naked in a closet – on his own baby monitoring device. Experts now say there could be many more abused children out there and unless the police can get to the bottom of this mystery they may wait for help in vain. 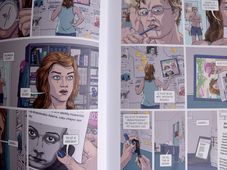 The Czech Republic’s annual Muriel Award for the best comic book of the year was given to Svatá Barbora or Saint Barbara, a graphic… 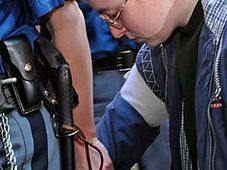 Woman who posed as girl set free but rearrested outside court

On Friday a court in Brno passed down a not-guilty verdict against Barbora Škrlová, a 33-year-old woman who posed as a 13-year-old…