If you want to see original English drama performed on a Czech stage, come to Prague’s Divadlo Minor this weekend. Saturday will see the premiere of this year’s three best plays selected by the jury of The Prague Post Playwriting Contest. The winners of the competition, organized by the English-language weekly, get the chance to see their plays produced by theatre professionals. I went to have a look at the last minute preparations at Divadlo Minor.

Director Julek Neumann is supervising one of the final rehearsals of a play before its Saturday’s premiere. More than forty plays were submitted to the contest this year. The winning titles are Mrs Svobodná and the Baobabs, The Open Tomb and Public Relations. During the break I asked Beth Tait, the actress in the lead role, to tell me more about the play that is just being rehearsed:

“The play is called “Mrs Svobodna and the Baobabs” and I am playing Mrs Svobodna, a woman of a certain age, who is on her journey to freedom. But I won’t tell you more because I don’t want to give away the plot. It’s a lovely plot. She meets an interesting bellboy and their interaction benefits both of them in the end in a very interesting and darkly comic way.”

The contest is open to anyone who speaks English or gets his play translated into English. As Beth Tait explains, this play is the work of a truly international team. She herself comes from California but she married a Czech and has lived in the Czech Republic for the last twelve years.

“We are two American actors playing a couple of Czech characters that have been written by a French Briton and its being directed by a Czech man who spent some years in London with his Irish wife. So it really is an international effort. The names aren’t an accident of course. We have David Černý and Mrs Svobodná and it already tells a little bit about the characters for anyone who knows a little bit of Czech.”

Anyone who speaks English can take part in the event but it is mostly native English speakers who get involved. Melanie Rada is a director and one of the event’s organisers.

“We have many English speaking actors in the Czech Republic that don’t really belong to any company. They freelance; they work for English speaking movies and theatres. They basically audition for these three companies and for other companies that are on tour in Prague as well as for movies and advertisements that are done in English.”

The organizers say the event is trying to revive the tradition of English-language theatre in the Czech capital. Melanie Rada again.

The winning plays will be performed at Divadlo Minor over four nights, starting this Saturday. The last performance and the announcement of the best script will take place on March 5. 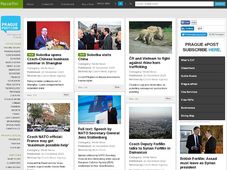 After nearly 25 years of existence, the life span of the Czech capital’s main English language newspaper, the Prague Post, seems to… End of an era as Prague Post goes online only

After 22 years, the Czech capital’s main English language newspaper, The Prague Post, has disappeared for good from the city’s newsstands. Following… 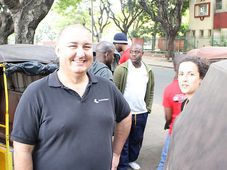 A long-time resident of Prague, Doug Arellanes has been involved in internet innovations in this country since the early 1990’s. A…