There was huge relief for Czech football fans on Wednesday evening, when the Czech Republic beat Finland 3:0 to secure second place in their group, and a berth in the play-offs for next year's World Cup in Germany. Anything less than a win would have spelled the end of a dream for many Czech fans - they may never again have the chance to support their heroes in such a competition so near home. 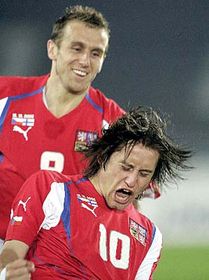 Karel Poborsky and Tomas Rosicky, photo: CTK Wednesday's game was by no means a classic but the Czechs did what they had to do and took all three points, so it was mission accomplished. Manager Karel Bruckner praised his players' application after the match.

"In my view our performance showed concentration, quality and discipline. In a nutshell - a job well done. The players displayed their inventiveness and intelligence and adapted to the situation perfectly."

Key players Jan Koller, Milan Baros and Marek Jankulovski were absent through injury, and two of the Czech goals came from players who are not first team regulars, Tomas Jun and Marek Heinz. The other was scored by Tomas Rosicky, who put in a man-of-the-match performance. 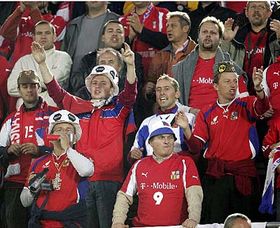 Photo: CTK Had the Czech Republic failed to beat the Finns we could be talking today about the retirement from international football of some of the senior players, such as Karel Poborsky. Instead, like their younger colleagues, they are now looking forward to the play-offs.

Among the teams the Czech Republic could face over two legs in mid-November are Norway, Switzerland - and Slovakia. A clash with their old federal brothers could be fascinating. The draw takes place on Friday.

The Czech Republic were beaten by Belgium in the play-offs for the last World Cup, four years ago. They last reached the competition in 1990, when the country was still Czechoslovakia. 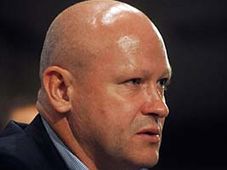 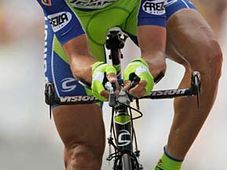 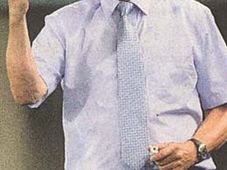