Will Czechs choose to work in other European Union countries?

From next May, Czech people will be able to exercise one of their key rights as European Union citizens - the freedom to work anywhere they like. Countries such as Britain, Sweden and Denmark have said they will welcome Czechs and workers from other new members from the moment they join next May. Other states, notably the Czech Republic's neighbours Germany and Austria, will not allow such workers in for seven years, though that period may be reduced. We found out how people on the streets of Prague viewed that veto, but began by asking them if Czechs would choose to work in the EU. 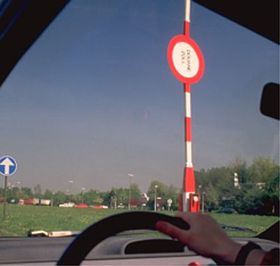 Woman 1: "Maybe not the middle generation because there are, you know, some problems, concerning the language and you know the education, that they went through during the communist period, but the young ones definitely."

Man 1: "I don't think so because more qualified people usually go to work outside of Czech Republic for few months maybe for one or two years."

If you had a chance, would you go and work there?

Woman 2: " So I think that Czech people will stay here, why they will go to Europe?"

If you had a chance, would you go to work, or would you prefer to stay?

Man 2: "After I finish my studies, then I might go somewhere to work..."

What would be your reasons to go there and find the job?

And what do you think about veto in Germany and Austria for Czechs?

Woman 3: "It's a very old frustration between our country and you know, those two countries, so there will always be some problems."

Man 4: "I don't think that is a good decision, because Czech people are usually hard working, definitely they would be of benefit for those countries."

But what do you think, what are the reasons, are they economical or maybe historical?

Do you think the reasons for the veto are economic or historical?

Man 6: "I think it's more economical because German economy is slowing down, so they are probably trying to avoid other people from working in Germany, so I kind of understand them."

So those were the views on the streets of Prague. To get an expert opinion, we spoke to Niall Keyes, the regional director of the Irish recruitment agency Grafton which has offices in Prague, Budapest and Warsaw.

"I think there will be a movement of labour to the EU, but I can't see it being of a huge consequence in general, having a huge influence on the labour markets of the existing members of the EU. If we take the Czech Republic, traditionally they haven't travelled. There's already very little labour mobility within the Czech Republic. And with cultural and language barriers to overcome, I don't see a mass exodus of people from the Czech Republic for example to EU states. Some of the EU states, obviously, are putting in vetoes on these particular movement, Germany I think and France are two particular one, and I don't see them dropping their barriers for a number of years. But Ireland and the UK and Denmark are among three countries that will open up their borders immediately from May 2004."

Do you think the likes of Austria and Germany are justified in barring workers from new member states for seven years perhaps?

"I think for political reasons they're probably required by their own people to protect their own labour markets, particularly in the case of Germany and I could see Germany exercising the full seven-year, if you like, veto on the movement of labour. Whether they're justified, I'm not so sure, I wouldn't know to comment on that."

What do you think would happen if they didn't have the veto?

"I think there would be a certain movement towards Germany but I don't think it would have the detrimental effects that they seem to think would happen, which is why I believe they are putting in this veto. I don't think the effects would be as great as maybe they imagine at the moment."

Do you think they're afraid people would live in this country, or Poland or Slovakia, and simply drive across the border, commute to work in their countries?

"I think to a certain extent that's already happened in years gone by and this potentially is an issue for them in the border areas. I know internally many people in the labour market within the Czech Republic are prepared to travel 50, 60 - I know of cases of up to 100 kilometres - on a daily basis to work. And quite a number of people even within the Czech Republic will spend three and four nights a week away from home."

Do you think there could be a kind of brain-drain from the Czech Republic, Poland, Slovakia perhaps?

"I don't believe so in a general sense. If I could quote you one statistic, in the Czech Republic the average unemployment rate for university graduates is just below two percent. I don't believe there's a great motivation on the part of the Czech people to move to other countries to exploit opportunities, and therefore I would imagine that the vast majority of them would be quite content to remain within the local labour market."

Are there some professions in which people may be more tempted to go west?

"In the unskilled area, in regions where there are high unemployment rates, I think there may be a drive towards that. Again instancing the Czech Republic there has been a reticence to move within the labour market. I believe that reticence to move outside the existing labour market will also exist. So that it's really only in very hardship circumstances that these people will move. I think sometimes people fail to appreciate, also, that it's very difficult to accumulate any form of wealth, if you like, or save money when away working abroad, because typically the cost of living matches the labour rates that are available. So, it's not always what it seems when you see salaries quoted in other countries when you take into account the cost of accommodation and the cost of living. Sometimes the savings can be quite minimal."