A West Bohemian spa town has won European Union funds to fight one of the most serious environmental problems in the area — an invasive plant that spreads like wildfire and lets almost nothing stand in its way. The project is believed to the first of its kind in the country and could lead to even more ambitious efforts. 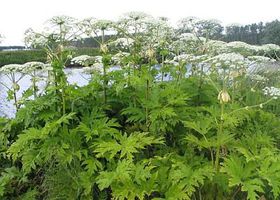 Giant hogweed, photo: GerardM, Creative Commons 3.0 The West Bohemian spa town of Mariánské Lázně can claim many illustrious visitors; the German poet Goethe, Frederic Chopin and King Edward VII to name a few. But in the last few years the town and surrounding countryside that drew such celebrities have been faced with a less welcome visitor originally from the far away Caucasus mountains. That visitor is the giant hogweed.

The invasive plant, which grows over two metres tall, can be seen in the centre of the town and surrounding countryside. Just now, its distinctive white heads of flowers are in full bloom. The thousands of seeds that follow can be transported along streams and rivers, by wild animals and cars and are able to stay dormant for up to 15 years. What appear to be whole forests of the plant can be seen within a kilometre or two of the town centre.

Now the local council has won 16 million crowns in European funds to launch a four year fight against the invader. Work started last week along two stretches of river where the giant hogweed has happy installed itself. 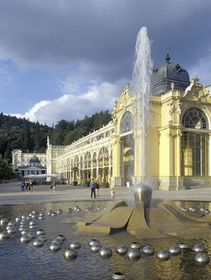 Mariánské Lázně, photo: CzechTourism Lenka Pocová is head of the spa town’s environment department. “The problem with giant hogweed is that it is not a native plant. That would not be too bad in itself. But it is very aggressive and wherever it gets established it extinguishes all other plants. There, biodiversity is around zero – at most you get some goose grass. It can grow in a few seasons and eventually occupies the whole piece of land.”

The European funds, together with a 10 percent contribution from the town council, will help it fight the plant by physically digging up the deep roots or through chemical spraying. Work started last week on cutting down the flowers so that seeds cannot spread the plant even farther.

Mrs. Pocová believes the town has a real chance of winning the fight against this tenacious and hardy adversary.

“We have 15 years of experience of dealing with giant hogweed. We have found that by using selective, not total, herbicides we can not just limit it but get rid of it altogether from some localities, if we treat them three years in a row. The problem is that we have only been able to treat town property in this way and have limited room to influence surrounding property.” 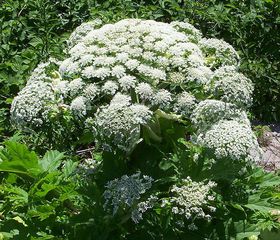 Giant hogweed, photo: Farbenfreude, Creative Commons 3.0 That problem has been resolved for the EU funded project by getting around 2,500 landowners on board. Mrs. Pocová says the project could well lead to more ambitious attempts to get to grips with giant hogweed at a regional and perhaps wider level. The plant has already spread out of its stronghold in the Karlovy Vary region into the northern part of the Pilsen region and appears to be heading towards the Czech capital. 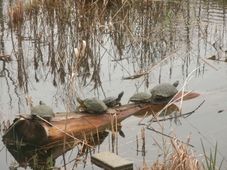 The European Union is poposing to extend its list of invasive plants and animals, some of which have been intensively spreading in… 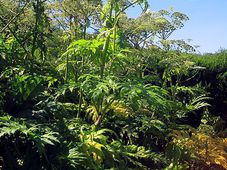 The Czech Republic has been picked out as one of the worst hit countries for invasive plants and animals by a European study. Although…