Employees at the country’s highly-respected National Theatre can expect a little extra next year when it comes to their monthly paychecks. Funds, allowing for a salary rise for the institution’s employees, were agreed recently by the country’s finance minister, Andrej Babiš, and Culture Minister Daniel Herman. At the same time, it is clear that salary bump, long-term, is being seen as not enough. 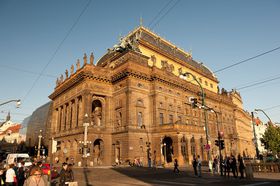 National Theatre in Prague, photo: Khalil Baalbaki As of January 1st, 2015, employees at the National Theatre will see monthly salaries rise by 3.5 percent, under an agreement between the culture and finance ministers. While almost certainly better than nothing and while presumably welcomed by employees, the theatre’s director, Jan Burian, suggests that long-term the salary bump is not significant, a band-aid solution where more systemic changes will be necessary to bring salaries at the National Theatre, competitively-speaking, up to speed. The theatre director described the situation in an interview for Czech Radio’s flagship station Radiožurnál:

“This is, of course, a compromise, which needs a radical solution. If you compare the situation to the Czech Philharmonic, there the average monthly wage is 47,000 crowns. Members of our orchestra get 23,000. We are talking about musicians who perform 120, sometimes 140 performances, per year, including five or six premieres. It is very demanding work.” 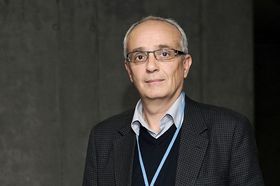 Jan Burian, photo: Tomáš Vodňanský The average salary for actors is likewise lower than one might expect: on average 20,000 a month before tax, a situation the theatre’s director want more markedly improved. Long-term, the National Theatre head has pushed for a bill on public cultural institutions, to address what he sees as outdated restrictions which artificially bar the theatre from more generously remunerating its employees. National Theatre director Jan Burian again:

“I think wage regulations in place for cultural institutions are completely outdated: we have wage scales and we also have an overall ceiling on salaries. So, despite the fact that the theatre tours abroad, has a lot of visitors and is very successful, we can’t give employees, responsible for its success, more. This is a relic of the past. Maybe it was okay before 1989 but 25 years after the Velvet Revolution it definitely isn’t.” 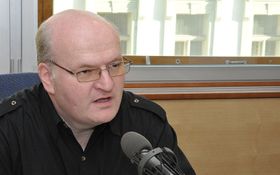 Daniel Herman, photo: Marián Vojtek Discussions on draft legislation are ongoing but it is too early to say what recommendations may make it in before the proposals the government and – eventually – Parliament. Culture Minister Daniel Herman himself admitted it was difficult to see too far in advance, suggesting that while funds were secure for 2015, the country was still experiencing difficult economic realities. It is unclear, whether more broad changes will be adopted; at the same time, when it comes to funds in the budget moving forward, the minister appears optimistic: