One of the Czech Republic's most popular public figures, Culture Minister Pavel Dostal, died on Sunday at the age of 62. Mr Dostal - playwright, theatre director, anti-Communist dissident and cabinet minister - had been fighting cancer of the pancreas for the past year. Rob Cameron looks back at a colourful life and a remarkable career. 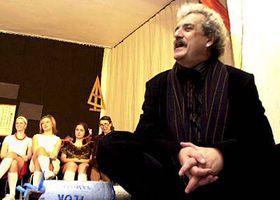 Pavel Dostal (January, 2004), photo: CTK Pavel Dostal was a mainstay of the Czech political scene for the last decade. Immediately recognizable with his dark skin, dense curly hair, silk scarves and earring, he cut an unlikely figure in a lower house dominated by men in bland grey suits. But he commanded respect on all sides of the house, and tributes have poured in from across the political spectrum. One man who knew him well was philosophy professor Erazim Kohak.

"I don't know where I would start. It was the contribution of a person who lived a very creative life, as an actor but mostly as a politician, or I should say perhaps as a public figure, who set a certain standard of cultivated discourse for this country." 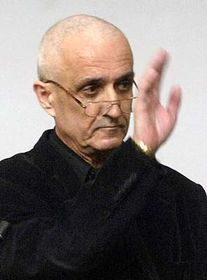 Pavel Dostal, photo: CTK Pavel Dostal was born in the town of Olomouc, in North Moravia, in 1942. He worked in theatre in his home town, and published his first play in 1966. He was a member of the Communist Party until the Soviet invasion of 1968, when he became actively involved in Czechoslovak Radio's underground broadcasts against the invasion. For the next 20 years he was forced to do manual jobs, shoveling coal into boilers and working in a warehouse.

After the revolution, however, his career in the theatre resumed, and he soon took an active interest in politics. He was elected as an MP for the Social Democrats in 1996, and appointed Culture Minister in 1998, a post he kept until his death, making him the longest-serving minister since 1989. His views sometimes got him into trouble. One night, after leaving parliament, he was attacked and his face slashed for defending the country's Roma minority. Prague's National Theatre, photo: CTK He refused to be intimidated by the attack, and continued to speak out against racism and intolerance. Erazim Kohak says above all he was a man who believed in the power of dialogue to resolve conflicts.

"The memory that I want to hold onto is sitting in a Mexican restaurant, having a wonderful meal and agreeing with each other totally while quarrelling. We came to a very basic disagreement about something about Czech Television, and yet we were the best of friends. I think for Dostal, the pure joy of living, and in this particular case of eating, bridged over all conflicts."

Pavel Dostal's absence will be keenly felt, not just in the lower house, but also in the two very different worlds of Czech politics and culture. 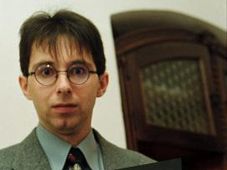 Czech freedom of speech up for discussion

In the light of two recent court rulings, deemed as victories for freedom of speech, the Czech Ministry of Culture has just hosted… 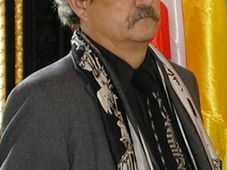