The Czech avant garde punk band Uz Jsme Doma this week play a special concert in Prague to mark the 20th anniversary of their foundation in the north Bohemian town of Teplice. Uz Jsme Doma (which translates as "Now We're Home") came to prominence after the 1989 revolution, and since then have built up an enviable reputation overseas, particularly in the United States. That's something the band's Mira Wanek reflected on when I spoke to him just ahead of the anniversary show.

"We played more than 15 tours in the US and North America, maybe 500, 600 shows over seven, eight years. That's kind of a lot and I don't think there is another Czech band who's done so many gigs over there."

About your album sleeves and the art work, the art is by Martin Velisek and it's very distinctive. He's not a musician, but I've read that you consider him an integral member of your band.

Twenty years is a long time, of course. What would you say has been your most memorable experience in all those years?

"There are two shows which I really remember and I will remember them forever, it was the most emotional point in our history. Besides the revolution - that was also a big change. But my personal strongest feeling was when we in Gorazde, which is a town in Bosnia where we played in January, 1994.

"There was still a war there and we were the first band, the first culture after four or five years of absolute isolation. So those two shows are the most emotional from our whole history. And I really appreciate the fact we could do it at that time - it was important, for all."

For more information go to www.uzjsmedoma.com 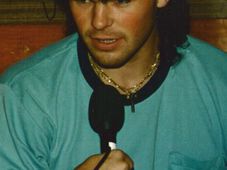 Fear the hair... and other hockey stories 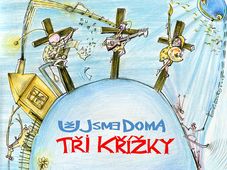 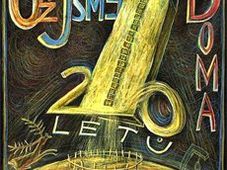 In today’s edition of our Sunday Music Show we listen to more than 20 years of “avant-punk” band Už Jsme Doma. Though the band has…