US charge d'affaires: Czech-US relations to strengthen after EU accession 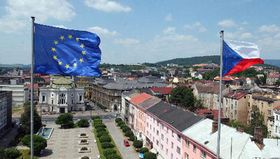 Photo: CTK Despite the recent rift between the United States and what was termed "Old Europe" over the war in Iraq, the relations between the US and Europe are good and the two are working together in post-war Iraq. Or at least that's the opinion of the charge d'affaires of the US embassy to Prague, Kenneth Hillas. He also said that the relations between the Czech Republic and the United States, which are now considered very good and close, will remain strong but will move to a different level, once the Czech Republic joins the EU.

"No one should have any doubt about the position of the US government with regard to the enlargement of the European Union by ten new members, including the Czech Republic. The position of the US government has been relatively consistent for about fifty years, all the way back to the Truman administration. We have supported the enlargement and integration of Europe through the European Union for a number of reasons."

"Just to remind, in the whole process during and after World War II, the United States has been extremely supportive for the reconciliation and reunification of this continent, and that we should never forget. I'm talking, of course, not only of military support but also of the Marshall plan and security guarantees in the face of the Soviet threat." 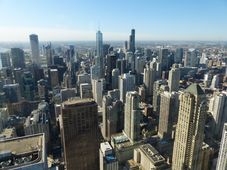