A rare collection of stamps bearing the likeness of French Emperor Napoleon has gone on exhibit at the Slavkov (or Austerlitz) Chateau on the anniversary of the Battle of the Three Emperors. In 1805 Napoleon routed Russian and Austrian forces at Austerlitz, cementing what is regarded as Napoleon’s greatest triumph. The collection, which features some 1,000 stamps from around the world, was bought by the chateau following the death of the collection’s original owner.

A thousand or so stamps from 63 different countries map moments from Napoleon Bonaparte’s life and his place in history: greatest battles and greatest triumphs. In 1805, Napoleon scored a decisive victory at Austerlitz in south Moravia, when 70,000 French troops routed the numerically stronger Russian and Austrian armies still seen as one of the greatest historical battles in Europe and is regarded by many historians as a tactical “masterpiece”. Fighting lasted just nine hours and dramatically humbled the Austrian empire; its aftermath set the stage for French dominance for the next decade. Napoleon’s triumph is featured in the new exhibition – but is in fact only a part. Some stamps also depict a more personal side of the emperor’s life. Historian Vladimíra Zichová:

“The show presents Napoleon from the late 18th and early 19th centuries. The stamps of course depict the emperor as an important figure on many different occasions. Included are his wives, Joséphine de Beauharnais and Marie Louise, and his son Napoleon II, known as the ‘Eagle’. Other stamps show famous commanders and doctors in Napoleon’s armies. And one whole section is dedicated solely to his battles.”

“Such stamps are most commonly issued, for example, in the United Arab Emirates, featuring gold and silver, but there are also other interesting items such as holographic stamps that can be sent in the mail as they have their own nominal values.”

Photographs of important sites, postcards, letters, and envelopes complement the collection – a must for anyone visiting south Moravia interested in all things Napoleon. The show at Slavkov, near Brno, lasts into the first half of 2009. 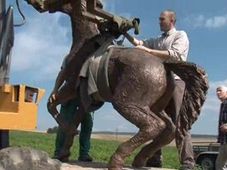 A war memorial with a difference was unveiled this weekend at a famous Napoleonic battlefield near Brno. The life size bronze statue… 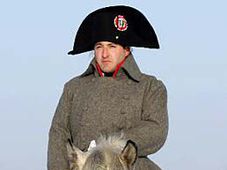 This weekend saw the largest re-enactment of a Napoleonic battle in the history of central Europe. Tens of thousands of people braved… 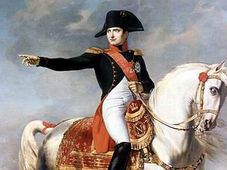