Fans of cult series Star Trek will be flocking to Prague’s Rudolfinum Concert Hall on Wednesday night to hear tunes from their favourite films and episodes live, including the most recent movie Star Trek Beyond. The concert version of Star Trek, which is part of a festival Film Music Prague, takes place to celebrate the 50th anniversary of the first voyage of the starship Enterprise on TV screens. 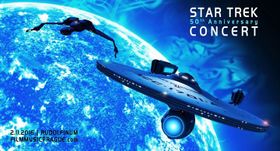 Music from the original Star Trek series as well as tunes from the major Hollywood feature films, such as Wrath of Khan, The Voyage Home or First Contact, will resound in the Dvořák Hall of Prague’s Rudolfinum on Wednesday night. The concert, marking the 50th anniversary of the legendary science-fiction series, will be accompanied by special visual effects.

The organiser of the Star Trek concert show, Nikola Bojčev, says the programme will include sounds from almost all of the 13 Stark Trek movies and six series:

“We are especially honoured that we can host the European concert premiere of Star Trek Beyond, the most recent Star Trek movie which was released this year. We cooperated with the author of the score, composer Michael Giacchino, who gave us his permission to perform it.”

“We will also play Star Trek the Motion Picture, a very nice score by Jerry Goldsmith, who won the Oscar for The Omen, and we will also play James Horner’s The Wrath of Khan, which I think is the most popular Star Trek movie ever.”

The Star Trek tunes will be performed by the Film Philharmonic, consisting of students and graduates of music schools, with British guest soprano singer Christina Johnston, under the baton of the Japanese director Chuhei Iwasaki. 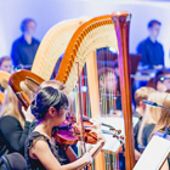 The concert is part of the annual festival, Film Music Prague, which brings concert versions of famous Hollywood film scores. I asked Nikola Bojčev to tell me more about its history:

“We prepared our first concert six years ago, with Rachel Portman, one of the best female composers of film scores, who wrote music for films such as Ema, Chocolate, or The Duchess. So in 2010 we had a first concert and from then on we have prepared one or two concerts every year, usually attended by the authors themselves.”

Among the guest composers taking part in the past editions of Prague Film Music festivals were Elliot Goldenthal, author of the score for Frida or Nicholas Hooper and Patrick Doyle, who composed music for the Harry Potter series of films.

Part of the proceeds of Wednesday’s Star Trek concert, which has already been sold out, will be used to support cancer cure research by Czech scientists. 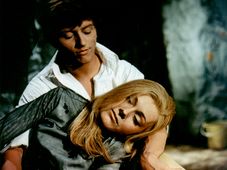 The songs Czechs grew up on

We can safely say that the songs you will hear today are well-known to generations of Czechs since their childhood. Everyone has watched fairy-tale… 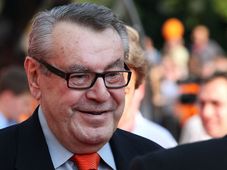 Muchow: It’s all about the film – not the music

Soundtrack composer Jan P. Muchow has a new compilation of his film work and is about to play a special one-off concert.