The Czech Republic is set to come to a standstill on Monday when the country will see one of the biggest labour protests in its history. To show their discontent with the government’s reform plans, Czech transportation workers will go on a day-long nationwide strike that will stop trains across the country, along with public transport in most major cities. The trade unions are also planning to stage blockades on major thoroughfares in the capital. 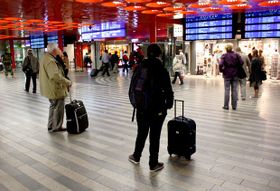 Czech trade unions lived up to their threats on Friday when they announced that on Monday, public transport around the country will come to a halt in protest against the government’s overhaul of the fiscal, pension and health care systems.

Beginning at 3 AM, around 7,000 trains, as well as inner-city transportation in Prague, Brno, Plzeň, Olomouc, Opava and a number of other cities will stop, affecting hundreds of thousands of people. In Prague, the metro, as well as buses and trams, will not be running on Monday. Members of the miners’ union, which has joined the strike, have announced they are going to block crucial thoroughfares in the capital. The union leaders did not say when the protest would end on Monday; however, it is expected to be lifted at 4 PM.

Trade union leaders apologized to the public for the inconvenience, and asked for their understanding and support of the strike, which should improve conditions for most people. The head of the engine drivers’ union, Jindřich Hlas, explained why. 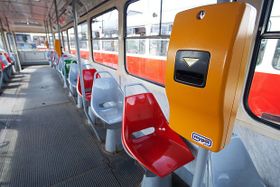 “The government refuses to explain why the reforms are solely based on cost cutting measures and restrictions. The government ignored the trade unions’ proposals, and has rejected to base the reforms on a wider consensus.

“The government does not fight corruption and does not prevent an incredible waste of public money. Instead, it pushes for a pension reform that will only benefit private pension funds, and plans to devaluate the pay-as-you-go pension system.”

Prime Minister Petr Nečas on Friday rejected these arguments, stating that the trade unions were taking their fellow citizens hostage. Mr Nečas vowed to continue implementing the reforms, and denied claims that his government would not talk to the trade unions. 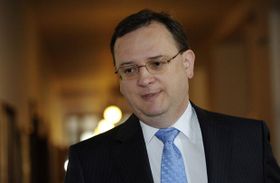 Petr Nečas, photo: CTK “We are ready to negotiate about changing certain features and aspects of the reforms, and we have been doing that all the time. The trade unions did not come up with any rational arguments; they totally rejected them. It seems that according to the trade unions, the best reforms would be no reforms.”

According to some reports, transportation workers in several regions of the country might in fact only support the strike symbolically. Public transport in the Vysočina, Karlovy Vary and other regions may be working as usual. But the men and women on the streets of Prague, which is likely to be most affected, were surprised by the scope of the protest:

“I don’t agree with the strike because I don’t think that transportation workers are some special group of people to take others hostage. I hope it won’t affect me because I don’t need public transport to get to work – if of course they don’t block the roads as well.”

“I need to get to hospital in the morning and it’ll be difficult to get there. I will have to get up really early. I think they are blackmailing people who need to get to work. I definitely think they should protest in a different way.” 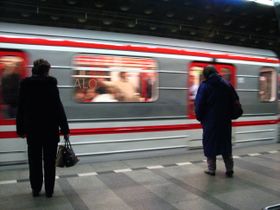 Monday’s strike is not the first protest against the government’s reforms. In September, some 40,000 public workers staged a rally in Prague following a 10 percent cut in their salaries, while around the same number of people showed up for a march through the capital last month.