On Wednesday it emerged that the head of Czech Radio’s Roma programming Anna Poláková had applied for asylum in Canada. The reporter said that she and her family could no longer cope with the constant attacks they found themselves under, leading her employers, Czech Radio, to speak out against rising levels of xenophobia in the Czech Republic. 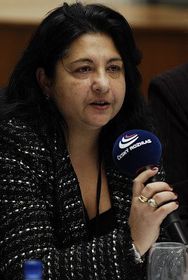 Anna Poláková, photo: Jana Šustová In an email sent Tuesday, Anna Poláková said it had been a spate of attacks upon her and her family which had led them to seek asylum in Canada. In response to Mrs Poláková’s decision, her employer Czech Radio issued a statement speaking out against ‘the radicalisation of society’ which had led to their reporter’s departure. This is how Mrs Poláková’s boss, Alexandr Pícha, reacted to the news:

One of the biggest factors leading to Anna Poláková’s decision is thought to have been the assault of her teenage son at the hands of four skinheads. After he had recovered from the serious injuries inflicted, Marek Polák described what happened on Czech Television: 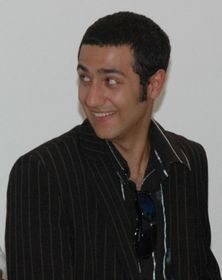 Marek Polák, photo: Jana Šustová “They were behind me and started to shout abuse like ‘gypsy! Today you’re going to die! We’re going to kill you!’ I started to run away, they caught me and started beating me up, luckily the police came along and caught them doing this. I was taken to hospital where I stayed for about a week. I had head injuries, I needed a couple of stitches and had bruises all over. I thought I was going to die that evening, because it really looked like it might end up that way.”

The four perpetrators were taken to court and ordered to pay damages. Only two of them did, and then, according to Mrs Poláková’s employers, they started harassing the family relentlessly for the money back. Alexandr Pícha explains another incident which added to Mrs Poláková’s frustration:

“The other situation which was very bad for her was the situation with her daughter in kindergarten. Her daughter was harassed by small white children when she ‘stole’ a toy, which is very usual in general for children of any colour, she was called a robber and a thief by her schoolmates who no longer spoke to her. So there were so many of these small incidents which were very bitter.”

All this led to Anna Poláková taking six months unpaid leave from work and boarding a plane with six relatives at the weekend not to return. Czech Radio’s Roma broadcast ‘O Roma vakeren’ will continue to be aired on Radiožurnál on Friday evenings at 20:00.