Expensive and embarrassing problems at one of the Czech Republic’s two nuclear power plants has shot up the political agenda with leaders of the coalition government parties now due to discuss the shutdown of most of the Dukovany reactor. And there is a possibility that heads at the top of the state-controlled power giant ČEZ could roll. Dukovany nuclear plant, photo: Jiří Sedláček, CC BY-SA 4.0 International It now appears that leaders of the main Czech coalition parties will discuss problems at the Dukovany nuclear power plant next week. Minister of Industry and Trade, Jan Mládek, confirmed on Thursday that the so-called coalition council will discuss the issue following demands made earlier this week by leading Christian Democrat and Minister of Agriculture, Marian Jurečka, that the matter be urgently taken up.

Three out of four units at Dukovany have been closed since September because of flawed safety checks by a sub-contracting company which failed to take adequate X-rays of pipes at the plant to check on their water tightness and safety. A check on the X-rays and pipes is now being undertaken with the head of the Czech nuclear safety watchdog scathing about the failures there. 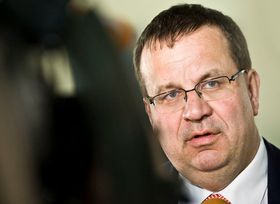 Jan Mládek, photo: Filip Jandourek Minister Mládek did not want to comment openly on whether heads at the top of ČEZ, for example that of board chairman and general director Daniel Beneš, might fall because of the embarrassing failures. But when asked, he clearly indicated that he felt top bosses share responsibility for the outsourcing and apparent lack of adequate supervision.

“An evaluation will definitely have to be done, there is a responsibility, but the simple answer is both.”

The minister says the shutdown at Dukovany is both a deep financial loss for the country and power company. Its also a severe loss of face for ČEZ as it looks to getting a new permit to run one of the nuclear units at the plant because the existing one expires at the end of the year. Daniel Beneš, photo: Filip Jandourek “There is a concern of some politicians, first of all about the economic losses which may be quite significant because it might be like around 3 billion crowns it seems. We do not know for sure yet how long it will last and out of it 2 billions could have been collected for the state budget. And its also about the credibility of running nuclear power stations because Dukovany needs to get a renewed license for another 10 years for the first bloc, the oldest one.”

ČEZ has said that most of the closed units at Dukovany should be up and running again by Christmas but no final dates have yet been set. Such vague promises might not be enough to calm the politicians who have the final say about what happens at the near 70 percent state owned company. 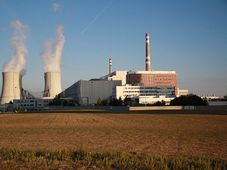 The head of the Czech nuclear watchdog has warned of pressure to close the country’s oldest nuclear reactors early. That would effectively… 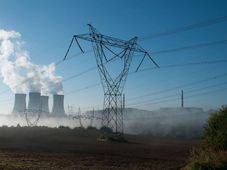 Executives at the semi-state power giant CEZ want to divide the company in two, Hospodářské noviny reported on Thursday. The state…