Thousands in Czech military to suffer demotion in rank

The Czech Army, which went fully professional five years ago, is preparing major changes in military rank, which will mainly affect lower-level officers. Under an amendment passed last year, on January 1 the army will reintroduce ranks from private to sergeant, mirroring armies in fellow NATO countries. But the changes mean that some 14,000 Czech soldiers will suffer demotion. 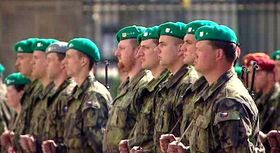 Photo: www.ct24.cz Until now the lowest non-commissioned officer in the Czech Army was that of staff sergeant but within just a few months that will no longer be the case. Under a harmonization of rank with other NATO members, the Czech military will drop the titles of sergeant first class, sergeant major and second lieutenant and it will reintroduce those of private, corporal and sergeant. 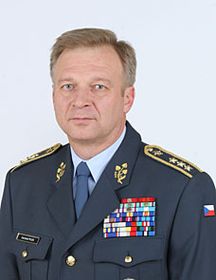 Vlastimil Picek, photo: www.army.cz In practical terms, that means that that thousands of the army’s members will suffer demotion, some falling by three ranks. For example, a staff sergeant is likely to drop to the level of just corporal. The head of the General Staff, General Vlastimil Picek, has made clear the changes are definite, saying that soldiers will have to accept them. One disgruntled officer spoke in anonymity:

“I am going to drop in rank to where I started 22 years ago. Okay, this is the army and orders have to be followed. All the same, most of my colleagues and I see this as a dirty trick.” 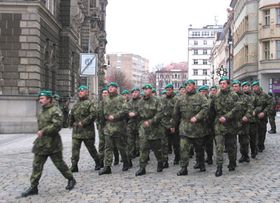 Instead, soldiers against the move would prefer to be given a choice: either to accept the demotion or to accept a discharge with full honours. But that is a choice the military – following the letter of the law – does not intend to give. The head of the General Staff General Vlastimil Picek:

“Of course some soldiers will be unhappy over rank, but more will be more interested in salaries they receive in the future.”

Those, however, are also likely to be hit, for another reason than a drop in rank: soldiers - like others in the public sector - are likely to suffer likely pay cuts as part of the government’s planned austerity measures. Those require individual ministries, including that of defence, to slash their budgets by 10 percent.