The prominence of ethnic minorities in Czech 'Pop Idol'

This year the Czech equivalent of 'Pop idol', 'Cesko hleda superstar' celebrates its second birthday. With a third of the adult Czech population following the show - appearing in, let alone winning the competition, guarantees contestants enough exposure to become a star. The media is currently ablaze with talk of the final twelve competitors, and with the fact that a third of them come from Czech minority groups - although they make up just a tiny fraction of the total population. Rosie Johnston has more... 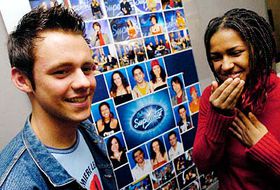 Finalists Michael Foret and Janika Kolarova, photo: CTK 'Cesko hleda superstar' has once again taken the nation by storm. Included in the final dozen are a failed Slovak pop idol, and a handful of high school students who make Britney Spears look wrinkly. They have distinguished themselves from the eight and a half thousand budding pop stars who initially applied for the programme. When stopped and quizzed on the street, people were only too eager to tell me their favourite finalist:

"...She has brown curly hair, she got given a second chance... Kristyna Peterkova, yeah, she's my favourite."

"Gabriella Al Dhabba - because she's very interesting and sympathetic and has a very nice voice." 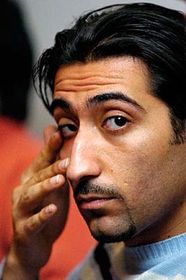 A contestant hotly tipped for the title is the Iranian Ali Amiri; you heard his dulcet tones just there. He arrived in the Czech Republic five years ago in order to study medicine. In this excerpt from the show he explains, in perfect Czech, what it would take for him to continue to live here in the Czech Republic:

"It would depend upon whether I fell in love, and whether I felt at home here. Right now I do. It was horrible; I went abroad, for just ten days, and ended up longing to be back in the Czech Republic. I was on the plane and the moment we touched down in Prague I couldn't keep from smiling. It felt really nice. Right now, I feel like I am at home here."

Ali is one of two foreign nationals in the last twelve, and one of four of the contestants belonging in some way to a Czech minority group. Alongside him is a girl with a Syrian father, an orphan with African roots and a Slovak immigrant. In a country which is 95% ethnic Czech in make up, the high proportion of non-ethnic Czechs in the pop idol final has been noted. Ivan Gabal is a sociologist at Prague's Charles University, here is what he had to say on the matter:

"Czech society is still culturally very homogeneous and reticent to accept foreigners coming to live here. What is being demonstrated by the finalists in 'Cesko hleda superstar' is that once a foreigner is ready to accept Czech culture, language and lifestyle, then they are fully accepted as Czech, in spite of their background in a foreign country or culture."

What you can hear in the background is the Czech Republic's first 'pop idol', Aneta Langerova. Since her victory, she has gone on to score the best-selling Czech album of last year; and has won a cluster of music awards. With more Czechs following pop idol now than ever before, whoever wins this year's competition is set to reach even dizzier heights. 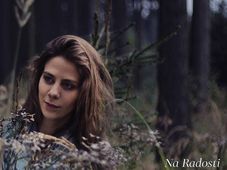 Aneta Langerová is a talented young singer who won the Czech version of the reality talent show Pop Idol in 2004. Her latest album… 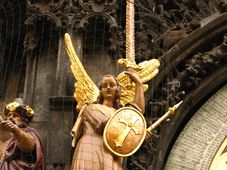 Welcome to a new edition of SoundCzech, Radio Prague’s Czech language course in which you can learn Czech phrases with the help of… 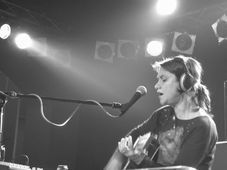