The Minaret in Lednice closes for repairs

The Lednice - Valtice Area in South Moravia is the largest artificially created landscape in Europe. Created by the dukes of Liechtenstein on their Moravian domain in the 18th and 19th centuries, it features several chateaus, large parks and various monuments spread around the landscape fashioned in the Romantic and Classical styles. One of the monuments, the 60 metre tall Minaret, will be closed for the season as it needs renovation. 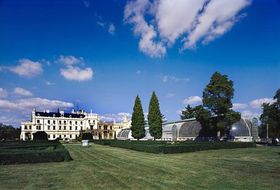 Chateau Lednice, photo: CzechTourism The aristocratic family of the Liechtensteins built the town of Lednice in southern Moravia as one of the centres of their enormous Moravian estate. As one of the richest families in the Austrian Empire, they were able to easily launch a generous project reshaping the area between Lednice and the nearby town of Valtice according to their refined taste. The result is impressive: this man-made landscape of more than 200 km2 is unparalleled in the Czech Republic and was included in the UNESCO list of world heritage sites in 1996. Besides chateaus, parks, ponds or artificial castle ruins, the area includes a minaret, built at the turn of the 19th century. Premysl Krejcirik of the Mendel University of Agriculture and Forestry in Lednice says the Minaret was not built for religious purposes. 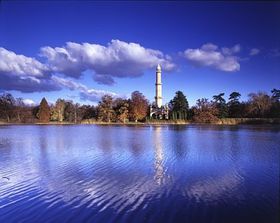 Minaret, photo: CzechTourism "It is one of the typical buildings of the Romantic period when the Orient strongly influenced park architecture in Europe. Napoleon was planning his invasion of Egypt at the time and the region aroused extreme interest. This is a time when people were really interested in Egypt and in Islam, too."

The Minaret has been in need of renovation for a long time now. It was erected on unstable marshland and was also damaged during a Red Army offensive in April 1945. Iva Holaskova, the castellan of the Lednice chateau. 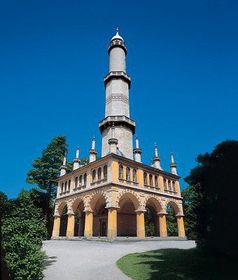 Minaret, photo: CzechTourism "We have been waiting for the renovation of the Minaret for several years and this year, we succeeded in having it included in the Architecture Heritage Preservation Programme of the Ministry of Culture. The project includes the facade and the roof of the Minaret and of course the interior. For this year's budget we received about two million crowns but the total cost will be about 30 million CZK. We have just started putting up the scaffolding. We will begin working on the cupola and then continue to the bottom."

The Minaret attracts large numbers of visitors every year, but this season, tourists will only be able to admire the lookout tower from outside, as it closes for repairs. And according to Iva Holaskova, it is not certain when the Minaret will re-open for the public.

"After the chateau in Lednice and the chateau greenhouse, the Minaret is the third most visited monument in the Lednice-Valtice Cultural Landscape. It is a very attractive site and also one of the few possibilities to have a look at the beautiful parks from above, with roughly 150,000 visitors each year. Unfortunately I have to disappoint all visitors. We were hoping to keep the Minaret open this season, but we have to close it for security reasons." 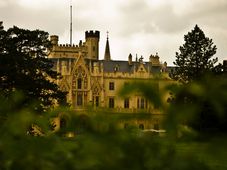 There is a place in the south-east of Czechia that will strongly remind you of London or the Royal Palace of Windsor. Surprised? That… 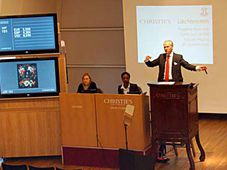 It’s not everyday you are given a budget of 10 million crowns (624,000 USD) and told to spend it all. But that’s exactly what a group… 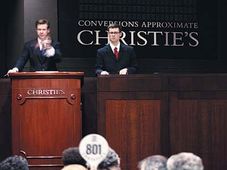 Art lovers have good reason to visit Amsterdam next week. On Tuesday, the Dutch branch of Christies auction house will be putting…