The death of an acting legend

"Workers of the world, lick your arse!" screams the larger-than-life Kraus from his balcony. This is a scene from the 1999 film Pelisky; with black humour the film portrays some of the realities of communism, Czech-style, in the late 60s. Kraus is played by one of the legends of the Czech acting profession, Jiri Kodet, who died on Saturday at the age of 67 after a long illness. 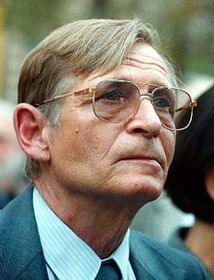 Jiri Kodet, photo: CTK Jiri Kodet's role in Pelisky could hardly have been more apt. He played an ill-tempered, passionate anti-communist, who makes life hell for his family, but never compromises on his principles. This could well be a description of Kodet himself. He was notoriously difficult to work with - story has it that the film director Vera Chytilova once threw a knife at him in sheer frustration, but he was also universally described as a gentleman, a cavalier and a bon vivant with a naturally aristocratic bearing.

When he died on Saturday, praise came from many sides, including President Vaclav Klaus, who described him as a good friend and his death as a huge loss.

Kodet's successful career was little short of a miracle. His hatred of the old regime was every bit as vehement as that of the character he played in Pelisky, and went right back to the day when he was 15 and was thrown out of school for the crime of having a stepfather who had dared to emigrate. Although he never graduated from drama school after refusing on principle to do the compulsory Russian language exams, he went on to become one of the cornerstones of Prague's Cinoherni klub theatre in its heyday in the sixties and seventies. His performances in Chekhov's The Seagull and Uncle Vanya or in Gogol's The Government Inspector became legendary.

But, with a few isolated exceptions, it was only with the fall of communism, that Jiri Kodet began to get major film roles. He won considerable acclaim in the eccentrically entertaining film The Buttonholers, directed by Petr Zelenka, and then in 1999 came the role of his career, in Jan Hrebejk's Pelisky, one of the great Czech films of recent years.

Jiri Kodet died after a long illness, but the family acting tradition, that stretches way back to the middle of the 19th century, goes on. Jiri Kodet's daughter, Bara, is also a successful actress. For some years after the fall of communism, Czech audiences avoided any kind of theatre that might have been perceived as political.… 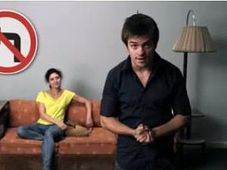 A month before the national election, filmmaker Petr Zelenka together with the popular actors Martha Issová and Jiří Mádl, have caused… 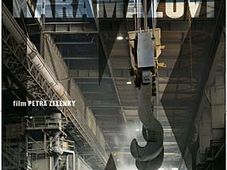 Some critics have already called it the most notable Czech film of the year – Petr Zelenka’s “The Karamazovs”. Inspired by Fyodor Dostoyevsky’s novel…