The Days of Unrest: Prague actors' and artists' protest against the council’s arts funding

Hundreds gathered outside Prague’s National Theatre on Sunday to witness an eight-hour-long protest against the way the arts are funded in the Czech capital. The event - comprising of performances, speeches and concerts staged by Czech stars - marked the opening of the ‘Dny neklidu’ (‘Days of Unrest’). The festival, which calls on Prague City Hall to change the way it deals out its culture budget, has been largely masterminded by actors and producers at the capital’s Švandovo Divadlo. I paid this Smíchov theatre a visit to talk to event organiser Lucie Kolouchová: Photo: CTK “The ‘Dny neklidu’ are trying to point out what is going on in Prague in terms of the city’s culture funding. For months and months, maybe years, we have been dealing with City Hall – without any results. And so now, we are trying to show the public and all citizens of Prague that their tax money is not being distributed properly, and that the grant system is wrong, as well as all of the rest of the City Hall’s culture policy.”

So what exactly is wrong with the City Hall’s grant policy, because yesterday there was a concert at the National Theatre, whose head, Ondřej Černý, said that the theatre was actually quite well funded, and you yourself have said that your salary comes from City Hall, so what’s the problem?

“The problem is with so-called ‘ticket subsidies’, which is a kind of flat grant for all organizations selling tickets, which is quite funny because it means that commercial theatres like Divadlo Ta Fantastika for example can get the same money, the same grant, as small theatres, student theatres and so on. So ticket subsidies are the main problem, but the grant system is a problem too.”

Can you tell me a bit about the ‘Dny neklidu’ which you have organised in protest against the current situation?

“The ‘Dny neklidu’ began yesterday with a concert on the piazetta of the National Theatre. It was quite successful, there were hundreds of people there, it lasted eight hours, and there were a lot of speeches etc. It brought us a lot of publicity and signatures for our petition – there are now around 23,000 signatures on the petition.

“The ‘Dny neklidu’ will last until Thursday, when there will be a demonstration in front of the City Hall on Mariánské Square at 8.30 in the morning. Until then there will be a lot of other events – shows, performances, happenings, concerts – all of which will refer to this problem.” 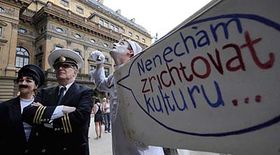 Photo: CTK Do you think that the City Hall’s behaviour which has proved so unpopular amongst artists here in Prague stems from a view of art which is at odds with that of the local artistic community?

“It’s a problem – because this is another thing we have to do in Prague – talk about culture, talk about art and its place in society. We have to define a new version of culture as a public service, we have to think about what culture for profit and not-for-profit culture is. There is a lot of discussion which has to take place. But if City Hall doesn’t want to listen, then it’s like talking to a wall.” 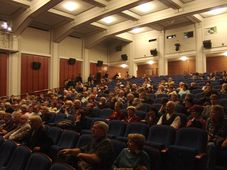 Czech households are spending an increasing amount of money on culture. The share of companies' contributions has declined but still… 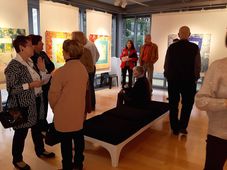 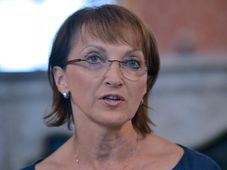 Minister of Culture Alena Hanáková has announced that she is to step down at the end of the month. Even though she had come in for…