William N. Oatis, an Associated Press correspondent who served in Prague in the hardline 1950s entered cold war history when the communist regime made him confess falsely to espionage and sentenced him to 10 years in jail. Now, fifteen years after his death, recordings of that shameful show trial have unexpectedly been unearthed in the country’s National Archives. 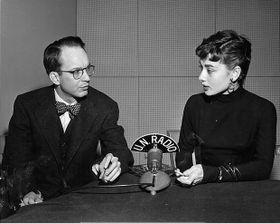 William N. Oatis with Audrey Hepburn in 1953, photo: unmultimedia.org AP correspondent Willam Oatis confessed falsely to espionage after four straight days of interrogation by the communist secret police. 'On the first day I admitted that I had done unofficial reporting, which I had,'' he wrote later. ''Within three days I confessed that this was espionage, which by any Western standard it was not; and within seven days I confessed that I had spied for the U.S. Government, which was a lie.''

At the time Oatis was the wire service’s Prague bureau chief. The communist secret service planted evidence against him and raided his office. The show trial was orchestrated down to the smallest detail and presided over by the same judge who sent Milada Horáková to her death just a year before. The communist party and secret service distributed tickets to 120 spectators who watched Oatis make his false confession and express regret for having spied against Czechoslovakia. His words were translated by an interpreter.

The sound –on two reel-to-reel tapes –was unearthed in a plain brown paper package that had lain in the national archives for 60 long years. Alena Šimánková is one of the archive workers who unearthed the documents. 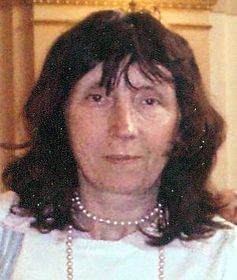 Alena Šimánková “When we opened the package we were in for a huge surprise. It had been improperly labelled and instead we found it contained materials relating to the Oatis trial and these two reel-to-reel tapes.”

Among the materials it contained were minutes of a meeting at which the stb and those involved in the show trial discussed its planned course and details of the trumped up charges – minute by minute. Historian Karel Kaplan says that the victims of these trials were completely helpless.

“In these trials one did not fight for the truth, one fought to stay alive.”

William Oatis was lucky to escape with his life. He was sentenced to ten years in prison in June of 1951. President Eisenhower wrote a letter to the Czechoslovak government on his behalf and used what leverage he had to get the US journalist released. In the 12 months after his conviction, Czech exports to the United States dwindled spectacularly. In 1953 Oatis was pardoned and set free, a move he later linked to Stalin’s death not long before. Years later he was exonerated by a Czechoslovak judicial review, but that action was rescinded in 1968 after the Soviet-led invasion of Czechoslovakia. After the fall of communism he was exonerated once again. Upon his return home Associated Press made him a correspondent in its United Nations Bureau. He retired in 1984 and died thirteen years later after a long illness. 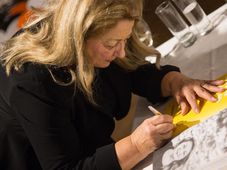