Survey: roughly half of Czech firms turn down applicants with criminal records

A recent survey conducted by the LMC agency, which operates the website jobs.cz, has found that roughly half of Czech firms turn down job applicants with criminal records. The survey covered approached 151 different firms and the results following the presidential amnesty (which saw more than 6,000 inmates released in January) are far from encouraging. 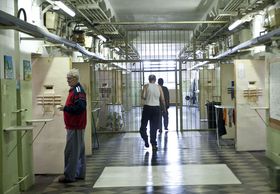 “Now we have one third of all prisoners on the market. They face the situation of how they are going to be able to find a job. The media ask us all the time what the situation of the foreign prisoners in the Czech Republic is so we surveyed companies to find out what their attitude to ex-offenders is.”

How would you describe the findings of the survey?

“Definitely less than positive. The situation of ex-offenders on the Czech labour market is very difficult. Almost half of all companies don’t hire any former offenders. No matter what position they are hiring for, no matter what kind of crime the person committed, the doors are closed to these people in 50% of companies.

Tomáš Dombrovský, photo: LMC “Only one quarter of companies don’t consider it as part of the hiring process; they simply don’t care if people are or are not former prisoners.

Let’s look at the one third of companies you mentioned there that are appearing to take a more positive approach. Are these firms that take it as some kind of policy or responsibility to help former convicts reintegrate into society?

“I’m not sure if they’re so proactive – I don’t think companies have any programmes here in the Czech Republic to try and involve former prisoners and offenders back onto the labour market.

“It is a very undeveloped market in this field so we don’t have any positive examples. We had a probation service in the Czech Republic but it’s a state agency and it’s not connected to the usual labour market here in the country. When companies are not involving in this process then the situation in the market for these people is really bad.”

Having some kind of a support system in place or a system which enables people to find work seems to me as though it would be the first step in keeping people from repeating small crimes and ending up back in jail. 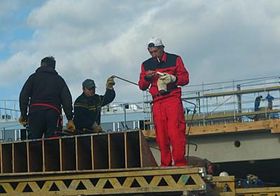 Photo: Kristýna Maková “Definitely. We can also see from abroad, for example in Britain, that they have just started to talk about helping people once they have come back from prison to find a job. It’s the number one priority. Our government should also consider it because the amnesty was only the first step but now we need to help the people returning from prison to find jobs. I would be very glad if companies would get more involved in that process but we haven’t yet come that far. We have some projects for parents with small children who are returning to work, we have some projects for people with disabilities - these have already been started in the Czech Republic but we don’t have any projects for people coming back from prisons.”