Supraphon has been the main record label for Czech music ever since 1932, and has been a major force in bringing Czech music to the rest of the world. Now as the world goes online for music so too goes Supraphon. On Thursday, its new online service, Supraphonline, will begin offering a part of the company’s massive archive of more than 100,000 recordings to internet buyers, in what was intended to be the first such service in the country. Christian Falvey talked to the record company’s business manager Antonín Milata.

“Now, at the start, we will be offering 2,500 albums, which means 40,000 tracks. We divide it into three categories, just as Supraphon itself is divided into three categories: popular music – which in Supraphon includes everything from country to metal to punk – then there’s classical music, including the latest albums from the Pavel Hass Quartet and all the new stars, and then there’s spoken word – the Theatre of Jara Cimrman and other popular spoken recordings.”

The company’s archive is of course much larger; will the entire collection ever be put online?

“We put about 50 to 80 albums online every month, but obviously it’s very hard. We have digitalised about 50% of the archive now, but only a small percent of it is going online because we have to clear all the contracts with all of the participating artists. And of course – particularly with classical music – it’s really hard, because there are many participating artists and none of them had digital sales in their contracts before. So, it’s kind of hard. But once we clear everything we put the album online within about one week, so it’s slow but we hope to put a big part of the archives online as soon as we can.”

I understand it’s primarily directed at Czechs, but will Supraphonline be available to foreign audiences as well? 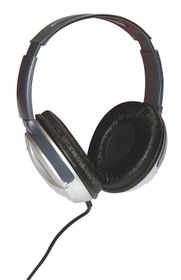 Photo: Jay Heaviside / Stock.XCHNG “It’s available to everyone in the whole world, it’s not geographically blocked, so anyone can buy music there. The only problem now is that it’s only in Czech. It’s primarily for a Czech audience, it’s about Czech music. We might start an English version maybe in two years if we see it as a bonus, but right now it’s only in the Czech language.”

Is this a necessity for Supraphon? Would you be able to survive without an online offer?

“When we started this project, we didn’t know about iTunes coming to the Czech Republic, obviously. So we saw it then as a real necessity, because there was no online shop in the Czech Republic; there was no possibility to buy music legally online. So that was when we started the project, but then iTunes appeared, and of course we had to rethink the whole project. But we saw it as a great bonus for our customers. Supraphonline is focused on Czech customers, on Supraphon customers, who have different needs I think than customers who go to iTunes. You know, we have a lot of information about every track there, we have many methods of payment there, so I don’t see it as a necessity, but I think it is a great bonus for our customers. And as digital music gets a lager and lager percent of the whole bundle of purchased music, and as CDs slightly disappear, we think that online sales will really be the big player.” 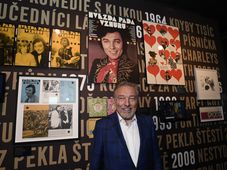 What is already being described as the Prague exhibition event of the year opened to the public on the banks of the River Vltava today.…

The oldest Czech record label Supraphon has a new owner. The music publishing company, part of the Bonton entertainment group, was… 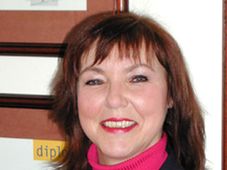 Jana Gonda: a perfect beginning to my new life

Jana Gonda was a teenager at the time of the Soviet invasion of Czechoslovakia in 1968. Like tens of thousands of Czechs she emigrated with…