Talks to pave the way for a Czech government almost six months after elections have hit some new obstacles. The junior partner in a would be coalition with Andrej Babiš’ ANO, the Social Democrats, are seeking more guarantees. At the same time a powerful faction within the left-of centre party has openly opposed entering the government. 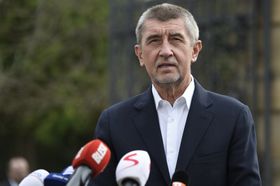 Andrej Babiš, photo: CTK It’s no secret that many Social Democrats have severe reservations about going into a government headed by ANO’s billionaire businessman Andrej Babiš. Put bluntly, many don’t like him and don’t trust him.

By a narrow margin, with one vote tipping the balance, the party leadership last week backed newly elected leader Jan Hamáček’s recommendation that coalition talks re-start after being broken off when ANO refused to allow a Social Democrat minister of the interior.

That key ministry – seen as crucial for ensuring supervision of the police and making sure the criminal case against Babiš over alleged EU subsidy fraud is pursued - is now in the bag, along with four others; culture, foreign affairs, labour and social affairs, and agriculture.

But in the first set of revived negotiations, the Social Democrats have come up with demands for new guarantees. These include a pledge that the whole government will fall if its ministers resign. That demand is fuelled by fears that ANO might switch partners and hitch up with the anti-EU and anti-immigrant Freedom and Direct Democracy Party of Tomio Okamura.

The Social Democrats earlier sought, with an eye on the ANO leader’s criminal prosecution, a guarantee that a minister would automatically resign if found guilty by a court. ANO reacted coolly to that demand.

ʺColleagues from the ANO Party took account of the issues we raised regarding the principles of a coalition partnership. I can say that that talks did not break up and angry words were not exchanged over any of those points.ʺ 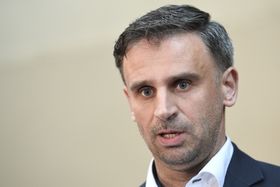 Jiří Zimola, photo: CTK One of the main reasons for the Social Democrats’ insistence on guarantees – including that Okamura’s party lose key posts in parliament – was underlined earlier. That came in the form of an announcement from Social Democrats in the upper house, the Senate, that they resolutely oppose taking part in a government and believe the party should stay in opposition.

That stance is backed by Senate speaker Milan Štěch and, according to the ‘rebels’, by practically all of the 24 Social Democrats in the upper house. The Social Democrats have the biggest grouping in the 81-seat chamber.

Supporters of the coalition talks say the Senator’s stance is premature, ahead of a final coalition deal being thrashed out.

And the Social Democrat Senators say they will be pushing their line of opposition to a coalition at a referendum where all party members will be asked to give their verdict on the final deal with ANO. A negative vote would torpedo the whole venture. 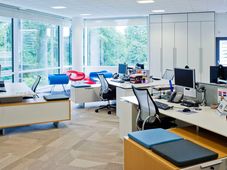