The 2006 film “Swingtime” inspired by a communist-era secret police operation as well as four documentaries will be screened in November at primary and secondary schools around the country as part of a month-long project called Stories of Injustice. Now in its seventh year the project organized by the NGO People in Need covers a period often neglected in the curriculum. Through film and subsequent discussions with survivors, witnesses and victims of communist injustice, students are learning about post-war Czechoslovak history – this year with a special focus on the period of normalization and the subjects of emigration and exile. Radio Prague talked to the project’s spokesman Filip Šebek.

‘Swingtime’ “For this year we chose five films, one feature movie called ‘Swingtime’ by director Jaromír Polišenský and four documentaries. For example we have a documentary about [exiled author and former Culture Minister] Pavel Tigrid by Helena Třeštíková or we have [a cycle of] four short documentaries by renowned Czech documentary director Olga Sommerová which is called ‘Lost Soul of a Nation’.”

A special book has been published on this occasion, what is it about?

“This book is called ‘Our Normalization’. It is about the time from 1968 until 1989 and in this book there are about thirty texts from Czech writers, historians and journalists describing their memories from the time of normalization.”

How do the schools choose their guest speakers? 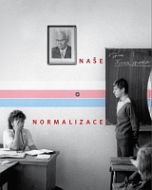 ‘Our Normalization’ “The best way for the schools to choose their speakers for the debate after the screening of the film from the communist time is to find someone by themselves from their city, from their village. If they have problems with that we can give them a contact for the Confederation of Former Political Prisoners from their town and mostly it is not a problem and someone from this organization will come to the school for the debate with the students.”

How many schools are participating in the project this year?

“This year, already more than 700 schools from more than 400 towns and cities from the whole Czech Republic are participating. And during November this number will increase.”

An unusual history project is running in Czech schools throughout November, organised by the NGO People in Need. For the next few weeks,… 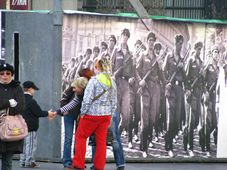 Over the next four weeks, at almost 600 primary and secondary schools throughout the Czech Republic, pupils will come face to face… 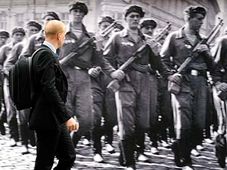 Stories of Injustice bringing testimony of communist-era persecution to schools

Over the next four weeks, at almost 600 primary and secondary schools throughout the country, pupils will come face to face with some…